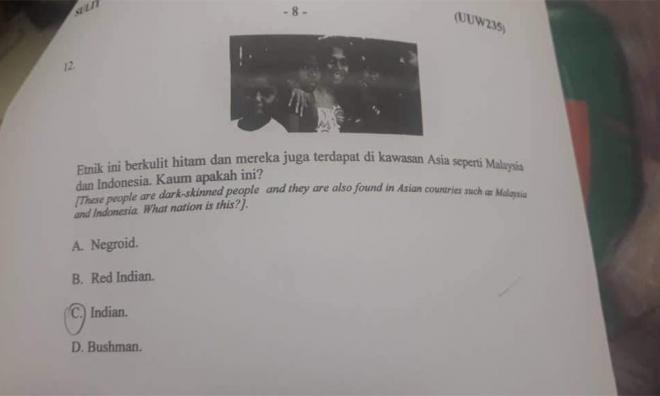 Ethnic relations module used by some for indoctrination - Academic group

The Malaysian Academic Movement (Gerak) said the ethnic relations module at Universiti Malaysia Perlis (UniMAP) has been used by some for indoctrination instead of its intended purpose.

Gerak, in a statement, said the ethnic relations module in Malaysian public universities has had a chequered and controversial past when it was first introduced by the BN government in 2005.

After being criticised and condemned as politically and ethnically biased, it was removed and replaced with a refined version in 2012, designed by Universiti Kebangsaan Malaysia's (UKM) Shamsul Amri Baharuddin and his team.

Gerak said Shamsul had regarded the refined module as a "living document" to be updated from time to time as ethnic relations are a work in progress.

"All fine and good. Until of course, some academicians handling the module decided to make the module an instrument of indoctrination, rather than a course to cultivate mutual understanding and the liberation of young minds.

"In this regard, Gerak is deeply concerned with the latest revelation of possible impropriety in the handling of this module by UniMAP," it said.

One examination question for the module had described controversial preacher Zakir Naik as an icon in the Islamic world who spreads "true Islam" and asked for students' opinion about the Indian national no longer being allowed to preach in Malaysia.

"And, despite asking for the respondents' opinions, the examiner provides four narrow answers to choose from.

"All of which, together with the way the question is worded and structured, clearly indicate the subjective and extremely biased view of the examiner," it said.

Gerak said the ethnic relations module, which is compulsory for all undergraduates, must be properly and sensitively handled in line with the objectives of the 2012 revision and Malaysian Education Blueprint 2015-2025.

"Indeed, more unfortunate questions from the paper are now allegedly being unearthed and circulated; questions which appear to be derogatory in nature, going totally against the spirit and overall aims of the module.

"We all know that every Malaysian university, public and private, must vet its exam papers beforehand, at least at departmental or school level.

"Where was the vetting system in this case? Also, is this an isolated incident or are other public universities also running their modules in such an unfortunate and counter-productive manner?

"Gerak believes that at a time when ethnic relations in Malaysia could do with a major boost, actions – accidental or otherwise – such as this UniMAP misadventure need to be condemned and resolved quickly, never to happen again," it said.

UniMAP has commenced an investigation following the incident while the Education Ministry had said it will leave the matter to the university as it respects the varsity's autonomy.

UniMAP has come under fire from MIC over Question 60 of the bi-lingual paper (in Bahasa Malaysia and English), which touched on the controversial preacher.

The question reads: "Zakir Naik is one of the icon of the Islamic world, he is very active in spreading true Islam and following the Quran and Sunnah of Rasulullah SAW. He is able to reason and to answer every question that is asked to him. However, in Malaysia, he is no longer allowed to deliver his preaching. In your opinion, as a Malaysian, why does this happen?"

Question 12 of the same paper reads: "These people are dark-skinned people and they are also found in Asian countries such as Malaysia and Indonesia. What nation is this?"

Zakir was barred from giving more talks after making controversial comments during a sermon in Kelantan in August.

During the sermon, he had claimed that Indian Malaysians were treated better than minorities in India but yet they appeared to trust the Indian government more than Prime Minister Dr Mahathir Mohamad.

Zakir had claimed that his comments were taken out of context.