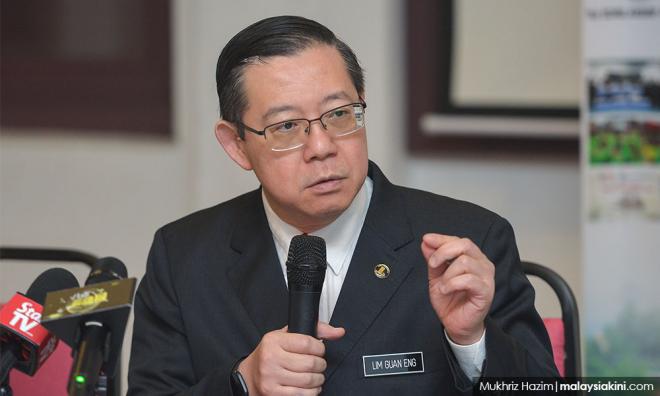 The government, which remains steadfast in the belief that Malaysia will achieve economic growth of 4.8 percent this year, expects to see positive effects from its development spending latest by June 2020, said Finance Minister Lim Guan Eng.

"We are confident about maintaining the projection, supported by a rebound in the commodity prices, growth in investment spurred especially by government spending, as well as expectations of a positive outcome to the US-China trade war,” he told Bernama in an interview.

He was commenting on the downward revisions of the 2020 growth projections by economists. Last month, the World Bank Group trimmed its forecast of the country's gross domestic product (GDP) growth for this year to 4.5 percent from 4.6 percent previously on weakening investment and trade activity recorded in the third quarter of last year.

According to Lim, some ministries disbursed the development expenditure allocated to them under the 2019 Budget a little late - in May or June - although the funds were released in January.

"Tenders could only be called in September or October, and the awarding of contracts could only be made two or three months after that. Therefore, work (on the projects) could only begin at the end of 2019 or in 2020.

"There was no problem in terms of development expenditure for ongoing projects, but new projects would have to be brought forward to 2020 and added to the 2020 Budget (for new developments),” he said.

On the US-China trade war, Lim said the end of the dispute would be a booster or catalyst to spur the economy.

“As an exporting economy, Malaysia will benefit. Like it or not, we are affected by the external trade environment.

“So if we look at the forecast growth in global trade of 1.2 percent in 2019, the lowest in 10 years, and against this backdrop, we are expecting to achieve a GDP growth of 4.7 percent.

“In 2020, global trade growth is expected to increase to about three per cent, and based on this, we are confident of achieving a 4.8 percent GDP growth. If the US-China trade war were resolved, we may even witness better growth,” he said. - Bernama