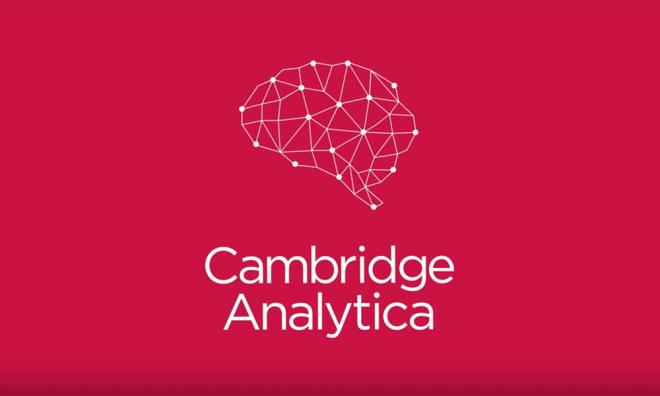 UPDATED | The latest leak by former Cambridge Analytica staffer Brittany Kaiser revealed how information from the police Special Branch and Petronas were among sources for data proposed for a political propaganda campaign, aimed at helping BN win the 14th general election.

Email correspondence between Cambridge Analytica’s staff and their representative in Malaysia showed how the controversial firm had access to several cabinet ministers and had worked to secure the contract to help BN across the finish line in the polls.

But a media expose lead by The Guardian in the UK revealing how the company had used Facebook data to manipulate voter sentiments had forced its closure in May 2018, the same month Malaysia witnessed BN’s first-ever GE defeat.

The psychological targeting was a method employed by Cambridge Analytica in Malaysia through its campaign for Petronas, the leak referred to as the Merdeka Papers revealed. This campaign was a sort of trial run for a campaign to help BN win the polls, it said.

How Zahid was targeted

Azrin, described by the firm as “well-connected and motivated” and who was once press secretary for Mukhriz Mahathir, signed off the emails as SCL Malaysia director.

SCL is Cambridge Analytica’s parent company and staff in Malaysia were instructed to use the name SCL when representing the firm.

In 2018, the BN government denied claims that it had engaged Cambridge Analytics or its associate firms, but the latest leaks suggests otherwise.

According to the Merdeka Papers, Cambridge Analytica had worked on securing the BN deal as early as 2014, starting with a “strategic communications” for Petronas to manage perceptions in Sabah and Sarawak costing about US$2 million.

This includes community perception on the gas pipeline project and demands for more oil royalty, the leak - referred to as the Merdeka Papers - revealed. The information gathered from that project was to be used in a campaign Cambridge Analytica hoped to secure - helping BN win GE14.

The firm made its first moves on securing election campaign deal through targeting Deputy Prime Minister Ahmad Zahid Hamidi, as detailed in an email in April 2015.

By September 2016, the company with Azrin’s help secured Ahmad Zahid’s attendance at the Concordia Conference in New York, described as a “right-wing version of the Clinton Global Initiative, an opportunity for high-level networking and deal-making”.

While on the surface it seemed like Ahmad Zahid - who was then Home Minister - was legitimately invited to speak on intelligence issues, it was actually a way to set up high-level networking session between the then DPM and Cambridge Analytica top executives.

‘Use Queen’s English and be British’

The next month, the Cambridge Analytica team flew to Kuala Lumpur. Their packed schedule included meetings with Umno and BN representatives and a conference where they hoped to network with government-linked company representatives.

“Feel free to use proper Queen’s English and be British,” a note to prepare the team read.

The meetings were arranged with Umno Youth representatives, BN strategists and a representative of then-BN secretary-general Tengku Adnan Mansor, to pitch a proposal for a campaign to secure 40 constituencies for the coalition in GE14.

In an e-mail, Azrin confirmed that Tengku Adnan's aide was assigned to have dinner with SCL Group representatives on Oct 10, 2016, to discuss the proposal which he hoped would land SCL Malaysia its first deal.

“I would advise that the costings be on a separate sheet as well as what is needed from the local partner to make sure implementation is successful. I believe that the local partner will ‘mark up’ from our costs,” Azrin said in an email to Cambridge Analytics colleagues.

During the trip, Cambridge Analytica/SCL also presented at a retreat for Selangor Umno BN candidates in Port Dickson.

It is unclear what Cambridge Analytica and its representatives had already put in place in the lead up to GE14.

The Merdeka Papers note the ‘Undi Rosak’ campaign prevalent on social media in the lead up to the election bore a striking resemblance to voter suppression campaigns ran by Cambridge Analytica in Trinidad and Tobago and by the Trump presidential campaign.

When contacted Hafidz Baharom, among campaigners for the Undi Rosak movement, said: "Altogether false. None of us were hired nor part of Cambridge Analytica/SCL".

It also noted the 2013 Better Nation campaign ran by the BN in the 13th election, mostly on social media, also bore similarities to Cambridge Analytica’s work.

The campaign was run by a consultancy firm owned by Shahid Shayaa, who later became SCL’s representative in Malaysia before Azrin took over.

Shahid once worked for the Performance and Management Delivery Unit (Pemandu), an agency set up by then PM Najib Abdul Razak under the Prime Minister’s Department.

“The Merdeka Papers are just the tip of the iceberg. It may not be easy to say exactly who has interfered in Malaysia’s democracy and society, or in exactly what way.

“But it is long past time for the people of Malaysia to claim their independence, and to throw off this corruption,” the document prefacing leaked email said.

Malaysiakini has contacted the individuals named in this article for comment.

The explosive date dump saw Kaiser releasing files from her time at the company where she served as business development director between 2014 and 2018.

Prior to its closure, Cambridge Analytica was at the centre of controversy in the United States and Britain after it was reported that the company harvested personal data about Facebook users beginning in 2014.

Best known for assisting the 2016 presidential campaign of US President Donald Trump, Cambridge Analytica faced a government search of its London office, questions from US state authorities and a demand by Facebook that it submit to a forensic audit.