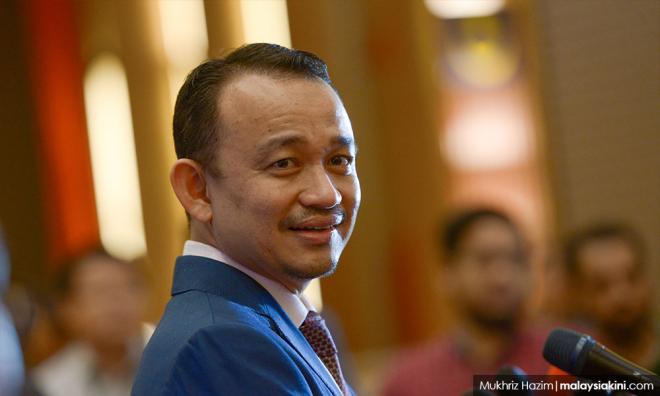 Maszlee – behind the black shoes

COMMENT | I am inspired to write this article after reading all the comments bashing Maszlee Malik and I am sure this piece will end up in the same tone too.

Maszlee’s sudden resignation took many people, and me, by surprise. It seems that he was forced into the resignation by the prime minister. One wonders what the plan is as until Maszlee was appointed, the only other person who was interested in the job was Mahathir himself. Maszlee’s resignation speech – reading between the lines - would confirm that Mahathir wanted him out.

Maszlee has definitely been made a scapegoat here. He has been always made to look like a dumb minister who doesn’t know his job. Sensational media reporting, and often unfair headlines, put him always in a defensive mode.

He was polled as the second-lowest – 27 out 28 in Malaysiakini’s poll on ministers’ performance. This is understandable because most of the readers are middle-class, mostly non-Malay, and have a definite bias against him. They feared that Maszlee with his Islamic credentials was going to turn our education system into an Islamic one. Most DAP leaders scored high points in the poll. Now imagine if Harakah conducted a similar poll - you will know how the outcome would be.

The "black shoe" labelling never left Maszlee and it was always used to ridicule and undermine him. I am sure if we took a vote among students, they would prefer black shoes to white. Anyway, that is not the point here.

Mahathir has decided to replace him and therefore it would be easy now to put all the blame on Maszlee for the Jawi issue, matriculation and other controversial stuff. Two of Mahathir’s staunch supporters Daim Zainuddin and Rafidah Aziz have constantly taken swipes at Maszlee and that was a further indication that he has fallen out of favour with the "Mighty M".

Let me share a personal experience and tell you why some of us have a soft spot for Maszlee. JPKK - which is a network of contract workers in government departments - had been campaigning over the years to improve the plight of contract workers who are mainly cleaners and security guards in schools. We have previously tried in vain to meet with the previous education minister. The only people who met us were some officers and department heads who were not in a position to make decisions.

But Maszlee quite readily gave us an appointment to meet and have a dialogue with us. I was very sceptical before the meeting based on the bad image formed in my mind about him. Before the meeting, his office asked for our memorandum and proposal which was itself quite out of the ordinary.

At the meeting, we were pleasantly surprised to note that he had actually read our memorandum beforehand. He was not pretending as if he knew everything, which most ministers only try to do. He addressed each of our proposals and directed his officials to act on them. He then told us that he will bring up our proposals in the cabinet meeting the next day.

I thought he was pulling a fast one because that is what most ministers will tell you. True to his promise, he issued a media statement after the cabinet meeting, saying that he had raised the issue of parasitic and underperforming crony contractors and they would be blacklisted and replaced.

He also said the whole system needed to be relooked at and agreed to look into our proposal to employ workers directly and not through a middleperson who in many instances ended up taking a portion of workers' salaries. This was the first minister who actually looked at the fundamental issue rather than giving the usual excuses.

Since then, we had the pleasure of working with some of his officers, specifically "Shaza", who used to update us on a weekly basis, working past office hours, listening to the many complaints we raised about the problematic contract system in school. This attitude changed our view that most of those working in the government were "makan gaji buta" and just worked form 9 to 5. For that, let me salute them.

Now let me touch on other issues not raised in the current petition going around supporting him. For example, under Maszlee, student activists were more protected; he prevented university authorities from taking action against students each time they expressed themselves through protests and other actions. In the previous administration, the minister always stood with the establishment and not the students. Maszlee did something which helped students to express themselves knowing well that they had protection from disciplinary action.

I was also told by many teachers that Maszlee made many reforms in the school system but many of his reforms did not go well on the ground because the bureaucracy was not assisting. It is not surprising that the teachers' union, NUTP, speaks so highly of him. Many teachers, too, have since expressed how Maszlee did actually address some of the main issues raised by teachers.

True, he made many U-turns after bringing matters to the cabinet. This can be seen with the matriculation issue and Jawi. It is maybe that he is inexperienced (as he has always stated himself) or maybe he should have talked less like the many Pakatan Harapan ministers who don’t say much, preferring to be silent in order to survive.

Most of these issues were tough issues like Jawi, matriculation and the Unified Examination Certificate (UEC) - all difficult issues. These are issues which have been there for six decades which Harapan as a team have been unable to address as they will end up playing the same racial game like BN. Therefore, it is unfair that Maszlee is blamed when on all occasions, the cabinet took the decision with, of course, "Ayahanda Mahathir" sitting at the helm.

On other issues - free quality breakfasts, opening up of hotel swimming pools for students, doing away with streaming and exams, making education accessible to OKUs (the disabled) and undocumented children, these are huge achievements compared to the black shoes for students, all which hardly got mentioned.

It was reported that he opened 10,200 classes to cater for 24,998 OKU special children. On all these initiatives, I am with him because he has contributed towards creating a more caring society and opening up public spaces for the common people.

Since coming to power, he has resigned twice. Once, after being appointed as the president of the International Islamic University Malaysia (IIUM) when students and many spoke about conflict of interest and now. On the first occasion, even Mahathir supported his appointment but Maszlee took the right decision to resign but this time it is a no-choice situation as Mahathir called for his resignation and it could be likely part of a cabinet reshuffle.

Maszlee should feel happy that he was not removed due to corruption or other scandals. He went in without a datukship and came out without one.

To Maszlee, all the best.