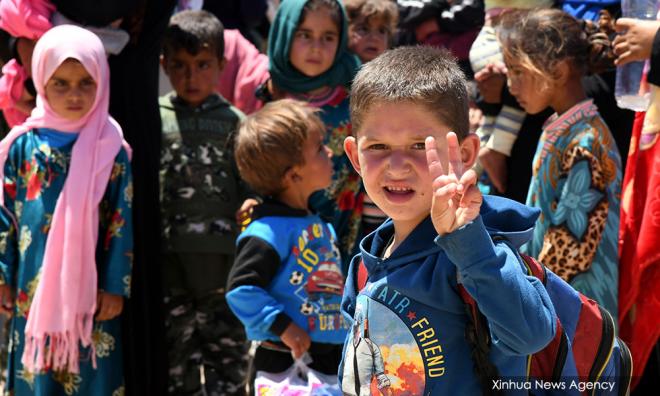 More than three million Syrian civilians are trapped in a war zone in the northwest of the country and utterly dependant on cross-border aid, the United Nations said today, as it urged states to extend the mandate for that aid which expires in days.

US Secretary of State Mike Pompeo said last month that Russia and China had blood on their hands after the two countries blocked a UN Security Council resolution that would have allowed cross-border humanitarian deliveries for a further 12 months.

Since 2014, the UN has sent 30,000 trucks with life-saving food and medicines into Syria from Turkey, Iraq and Jordan at four places annually authorised by the security council, Jens Laerke of the UN Office for the Coordination of Humanitarian Affairs said.

The humanitarian situation has become more acute with at least 300,000 civilians now on the run in Idlib, following a sharp escalation in hostilities last month, he said.

More than three million civilians remain trapped in the war zone, the vast majority women and children, and “they currently have nowhere to go”, Laerke said.

It is critical to renew the provisions of the security council resolution, which expires on Friday, he said.

“Across northern Syria, four million people in need are supported by the UN cross-border humanitarian assistance mechanism in total. And that includes 2.7 million in the northwest who rely solely on the operation for their assistance.

“We have made our position very clear, there is no plan B.”

“Airstrikes and shelling are now taking place in many towns and villages on a near-daily basis,” Mark Cutts, UN deputy regional humanitarian coordinator for the Syria crisis, said in a statement voicing alarm at the “deteriorating humanitarian situation in Idlib”.

At least 13 health facilities in Idlib have been hit since last month and forced to suspend their operations, he said.

Turkey already hosts about 3.7 million Syrian refugees, the largest refugee population in the world, and President Tayyip Erdogan said last week it was taking steps with some difficulty to prevent another wave from crossing its border. — Reuters