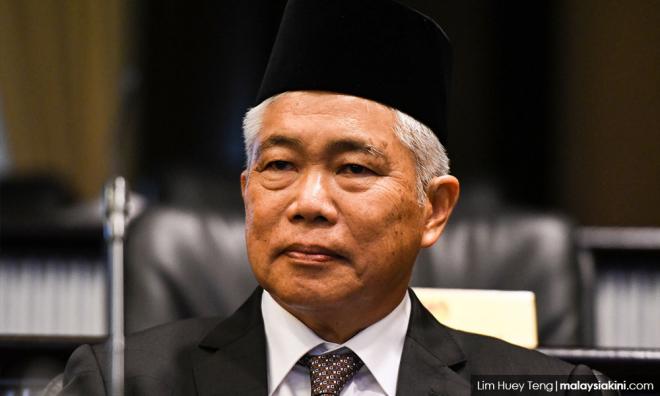 The Kuching High Court today dismissed an application by Petronas to recuse a judicial commissioner from hearing a suit by Sarawak Comptroller of State Sales Tax (SST) and the state government against the national oil and gas company.

In making the ruling, judicial commissioner Christopher Chin (photo) also awarded costs of RM50,000 to the plaintiffs but allowed Petronas to present their application for a stay of proceedings of the suit on Feb 5, pending an appeal over today's decision.

The Sarawak Comptroller of SST and the state government filed a writ of summons and statement of claim against Petronas at the High Court registry in Kuching on Nov 21 to recover the SST owed by the company to the state.

On Jan 14, Petronas, through their lead counsel Malik Imtiaz Sarwar, applied for Chin’s recusal from hearing the suit because "it was made in the best interests of the administration of justice".

Petronas is also seeking a judicial review to declare the SST imposed by the state government as ultra vires to the Federal Constitution and, therefore, deemed null and void.

The hearing had been fixed from Feb 3 to 5. — Bernama

court
petronas
christopher chin
kuching
Related Reports
Petronas legal challenge over RM1.3bil SST to be heard in Kuching
a year ago
Petronas denies ‘association’ with Cambridge Analytica
a year ago
Petronas buys 50 pct equity in Brazilian deep water oilfields
a year ago
Stakes in Petronas: Chance for S'wak, Sabah to own global-class shares
a year ago