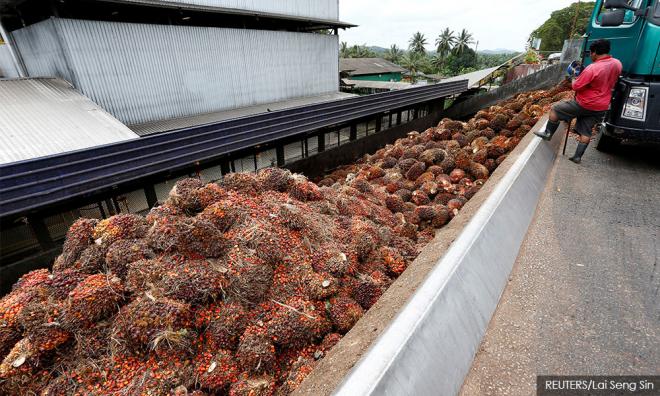 January stockpiles in Malaysia are forecast to fall 12 percent to 1.76 million tonnes from December, the lowest in two and a half years, according to a median estimate of nine planters, traders and analysts polled by Reuters.

Production also likely dropped nine percent to 1.21 million tonnes from the month before, its lowest since March 2016.

Malaysia's monthly palm exports to India fell to about 40,500 tonnes compared to 201,450 from the year earlier, after the world's largest consumer of vegetable oils restricted imports of refined grades and informally stopped all purchases from Malaysia over a diplomatic row.

On Tuesday, Pakistan said they will import more Malaysian palm oil to help offset the lost sales to India, but traders said that would not fully compensate.

"Pakistan's edible oil consumption is around 4.50 million tonnes while India consumes 24 million tonnes; the scales are too wide," Sathia said.

Exports to China also saw a decline as the coronavirus epidemic raised fears of a sustained disruption in supply chains and eating habits in the world's most populous nation.

However, the crude palm oil market appears to be more concerned oversupply shortfall than potential demand rationing due to slower global growth from the virus outbreak, Ivy Ng, regional head of plantations research at CIMB Investment Bank said in a research note.

Official palm oil data will be published by the Malaysian Palm Oil Board on Jan. 10.

The median results from the Reuters survey put Malaysia's consumption in January at 258,977 tonnes. - Reuters