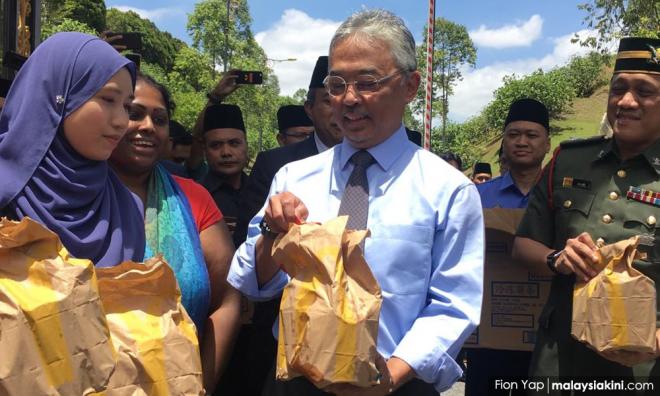 Cracks in Perikatan Nasional plot, and 9 news from yesterday

1. Plans to form a new Perikatan Nasional government appeared to fall apart with Umno and PAS withdrawing their support for Dr Mahathir Mohamad to continue as prime minister due to disagreements with Mahathir’s terms for forming a unity government.

2. Pakatan Harapan leaders boasted that they would have the numbers in Dewan Rakyat to control a simple majority, and said an announcement would come today.

3. The Yang di-Pertuan Agong is interviewing MPs one-by-one to gauge their loyalties and determine the next course of action in the current political crisis. His Majesty also makes an appearance to provide lunch for reporters (photo, above) waiting outside the National Palace.

4. A survey of 1,000 Malaysians finds half of the respondents saying that a new government comprising all the bumiputera parties would bode well for the nation.

6. Universiti Malaya graduate Wong Yan Ke will face charges today over his protest against the university’s vice-chancellor during his convocation ceremony last year.

7. A living library comprising a million trees for a reforestation project in Tanjung Malim, Perak, is being bulldozed after the Perak government refused to renew the lease for the land.

8. The spread of Covid-19 infections in China appeared to ease just as the country introduced a ban on trade and consumption of wildlife, but the focus has shifted to Italy where seven people have succumbed to the disease.

9. Eight people, including Gadek assemblyperson G Saminathan, have been acquitted and discharged of charges related to the Liberation Tigers of Tamil Eelam militant group.

10. The daughter of a garbage truck driver hopes to change her family’s fortunes after being named the Best Student for STPM 2019 under the B40 category.