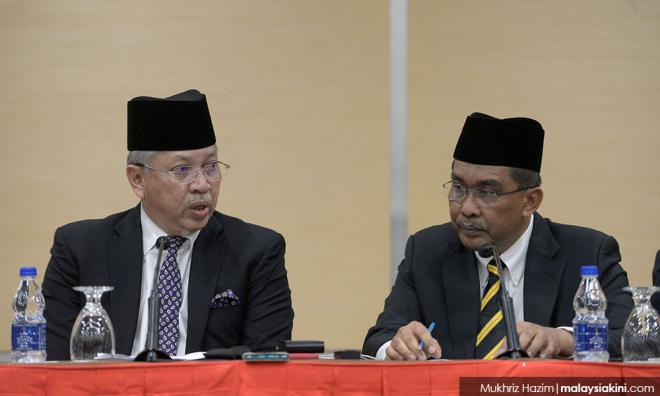 Umno and PAS have withdrawn their support for Dr Mahathir Mohamad to continue as prime minister.

This dramatic turn of events was sparked by rumours that Mahathir was establishing a "unity government" with terms the two parties cannot agree with.

"It goes against agreements that the formation of a government must take into account the party as a whole, not individuals.

Annuar said the basis of negotiations with Mahathir was that Umno and PAS would lend their support to form an alternative coalition without DAP.

In view of this, said Annuar, the previous statutory declarations by Umno and PAS MPs supporting Mahathir as prime minister was void since it was conditional.

Political allegiances have been extremely fluid over the past 24 hours following Mahathir's shock resignation and subsequent reappointment as prime minister yesterday.

Effectively, Mahathir is a prime minister without a government nor a clear line of support.

The latest speculation is that Mahathir is trying to form a grand coalition, unity government or a government of no parties.

After deciding to withdraw their support for Mahathir, Umno and PAS are now calling for a snap election.

Takiyuddin said seeking a fresh mandate was the "best option".

Kadir: Rest assured, no room for kleptocrats and crooks in Dr M's new gov't
25 Feb 2020
While no side has clear majority, will Mahathir form minority gov't?
25 Feb 2020
We've lost tens of billions, don't take too long to end crisis – PAS to Dr M
25 Feb 2020
Agong to personally interview all MPs to determine their support
25 Feb 2020