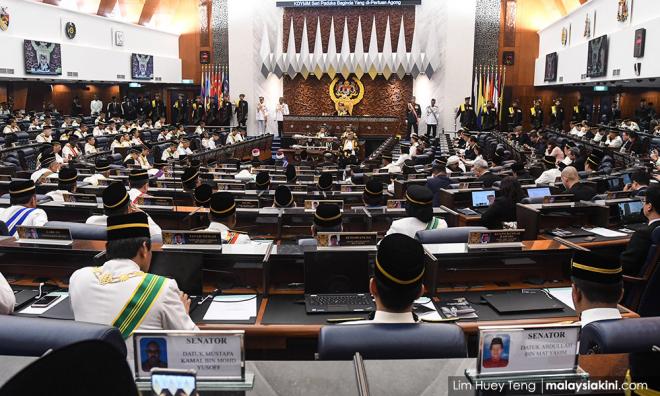 With the multiracial Pakatan Harapan-Warisan government losing majority in the Dewan Rakyat, speculation is now rife on what the new government will look like.

For half of 1,000 Malaysians surveyed, the future would look brighter if the new government is formed of all bumiputera parties.

This is according to a survey done by research firm Vase.ai regarding the current political situation.

Asked if a combination of all bumiputera parties can create a better government, 50 percent of respondents said yes, 25 percent said no while the rest were unsure.

Determining who is included in this bumiputera coalition is not so simple.

Among those which hold seats in Parliament, the largest bumiputera parties are Bersatu (26 seats), Umno (39 seats) and PBB (13 seats).

PAS (18 seats), which are open to all Muslims including non-bumiputera, have a largely bumiputera membership.

Amanah (11 seats) is largely bumiputera Muslim but 15 percent of its members are non-Muslim, some non-bumiputera.

There are also other parties which represent Sabah and Sarawak native rights but which also have non-bumiputera members, like Warisan (9 seats).

A coalition of mostly-bumiputera parties consisting of Umno, Bersatu, PBB, PAS and Amanah would garner 107 seats, five short of majority.

It can gain majority by joining forces with the 11 MPs who left PKR yesterday, led by Azmin Ali. Only one of those MPs - Edmund Santhara (Segamat) - is not bumiputera.

However, PBB and Amanah are unlikely to form a coalition with PAS due to ideological reasons.

The survey by Vase.ai was conducted online on a sample of 1,000 Malaysians which reflect the national demographics.

It was conducted at 5-8pm yesterday after Dr Mahathir Mohamad resigned as prime minister and Bersatu, plus 11 MPs from PKR leaving the Harapan coalition.

The firm sampled these respondents via its platform which reaches 300,000 respondents in Malaysia.

A total of 56 percent felt Malaysia is still democratic, while there were mixed reviews about Dr Mahathir’s performance prior to his resignation.

The respondents were split three ways - about a third said he delivered his duties well before resigning, a third said no while a third were unsure.

Following his resignation, the Agong has appointed him interim prime minister while multiple parties from both divides have pledged support for his leadership.

However, when asked who should be prime minister, the name most mentioned by respondents was PKR president Anwar Ibrahim.

PKR has yet to reveal its stand on whether it will support Mahathir as PM and has previously pressured him to set a date to resign.

Other names garnering the most mentions were Mahathir, defected former PKR leader Azmin Ali and Dr Wan Azizah Wan Ismail, who was Mahathir’s deputy in the cabinet and Anwar’s wife.