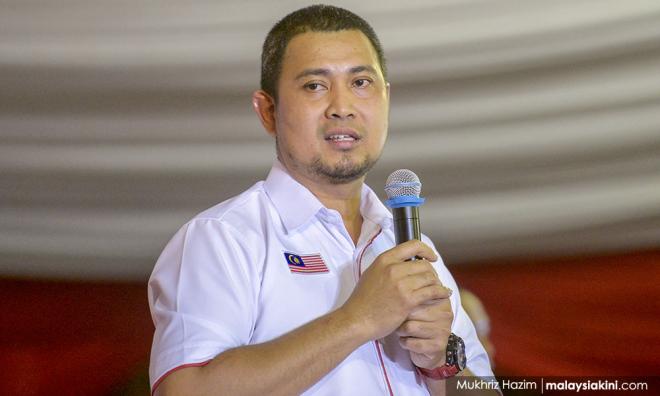 He did not reveal who these individuals were or what party they come from.

Asked why the party had agreed to work with Umno, he said the decision had flowed from the top.

“Our decision was all based on the results of my talks as an MB with the party’s top central leadership,” he said based on a recording Malaysiakini obtained.

This new coalition, which has yet to have a name, will next discuss “a list of names” to submit to Johor ruler Sultan Ibrahim Sultan Iskandar as their MB candidate. Once that is decided, Johor’s new exco lineup will be decided.

“God willing, as soon as possible,” Sahruddin said when asked when the government could be formed.

Earlier today, the Johor Palace declared that this new coalition had taken over the original Pakatan Harapan state government that was formed after GE14 - comprising Bersatu, PKR, Amanah and DAP.

The ruler had interviewed 54 out of 56 assemblypersons yesterday, of which he said 28 backed the new coalition.

The former explained his absence today and said he backed Harapan. Mazlan has yet to publicly state his position.

This comes after almost a week of political turmoil which saw Bersatu quitting Harapan.

Instead, he emphasised that the decision was made in the interest of time.

"We, in Johor, are of the view that we needed to expedite the forming of a new government.

“In Johor, we used this method so that the state government could be formed," he said.

Johor Bersatu’s decision appears to break away from its Kedah counterpart’s move to remain in a working relationship with Harapan.

Earlier today, Kedah MB Mukhriz Mahathir announced that it was “business as usual” for his state government except it was now made up of a pact of his party and the coalition.

"Everything remains the same except we are now known as a Bersatu-Pakatan Harapan government in Kedah. It's business as usual for all sectors,” Mukhriz had said.

Johor Bersatu’s move also departs from Mahathir’s stance against working with Umno as a party.