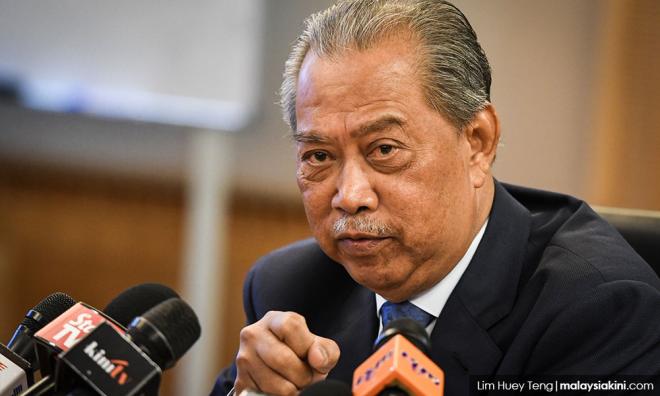 He said the decision was made yesterday during a special meeting.

"All MPs from Bersatu will also leave Pakatan Harapan.

"All of them have signed a statutory declaration to continue supporting and putting their trust in Mahathir Mohamad as the prime minister," he said in a statement today.

Mahathir is also the Bersatu chairperson.

Muhyiddin said the decision was made in light of the recent political developments and also for the future of the country.

Muhyiddin’s announcement comes a few minutes after it was first reported that Mahathir had sent in his resignation letter to the palace.

There was a huge flurry of activity yesterday as Bersatu supreme council had a meeting in the morning while PKR deputy president Azmin Ali and those aligned to him met at Sheraton Hotel in Petaling Jaya.

Later, Umno, PAS and Bersatu leaders, as well as PKR leaders aligned to Azmin congregated at Sheraton for a dinner event.

All this fuelled speculation that the group at Sheraton may be planning a formation of a ‘backdoor’ government.

However, Mahathir was noticeably absent from Sheraton last night.

The Prime Minister’s Office (PMO) confirmed this afternoon that Mahathir had sent in his resignation letter as prime minister to the Istana Negara at 1pm today.