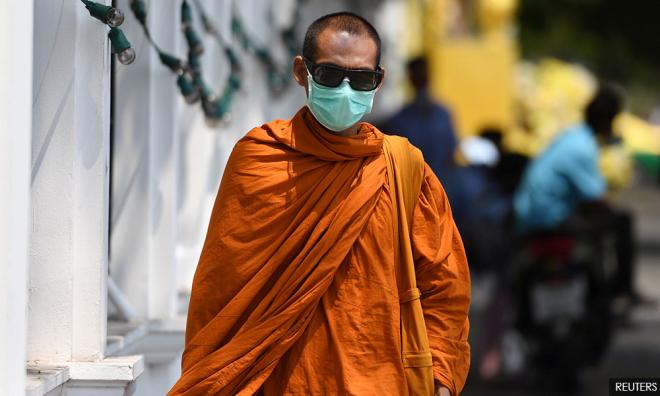 CORONAVIRUS | Thailand recorded 32 new Covid-19 cases today, the highest single-day rise since the outbreak in January, bringing the total number to 114 in the kingdom.

He said seven patients, comprising five Thais and two tourists, had travelled from abroad, three were in contact with tourists at the Suvarnabhumi Airport and two were employees at a restaurant in Bangkok where its Singaporean owner had previously tested positive for Covid-19.

“Three patients under investigation (PUI) are also diagnosed with Covid-19. We are investigating the source of their infections,” he said at a Covid-19 daily briefing today.

Thailand, the first country outside China to report Covid-19 infection, has one fatality. There are 76 patients still receiving treatment in hospitals while 37 have been discharged.

The measures are to reduce the number visitors to Thailand, close entertainment outlets and ban gatherings in the kingdom.

Meanwhile, Sukhum said 83 people who returned from Italy today will undergo a 14-day quarantine at the Sattahip Naval Base in Chonburi province.

“Six of them had symptoms related to Covid-19 and were sent to the hospital for examination,” he said.

Meanwhile, in southern Thailand, the governor of Pattani, Kraisorn Visitwong, has directed the authorities to step up monitoring efforts to ensure those who attended the tabligh assembly at the Sri Petaling Mosque, Kuala Lumpur undergo health screenings at the nearest hospital.

The Royal Thai Embassy in Kuala Lumpur confirmed that 132 Thais had attended the assembly, with 30 each from the districts of Yala, Pattani and Narathiwat while the remaining 42 were from other districts of Thailand.