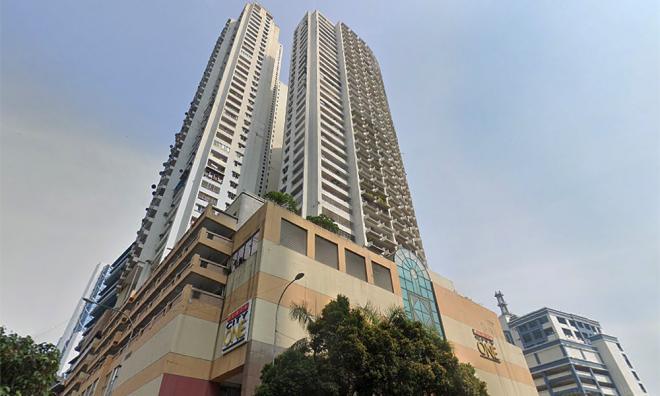 Condo in Kuala Lumpur under lockdown and 9 news from yesterday

1. The authorities have locked down the Menara City One condominium (above) on Jalan Munshi Abdullah in Kuala Lumpur until April 13 to prevent the spike to 17 Covid-19 cases recorded there, from spreading outside.

2. The National Security Council will impose tighter restrictions under the movement control order, which will restrict the operating hours of numerous businesses and the number of people in each privately owned car.

3. Asked whether the nationwide cordon sanitaire would be extended further, Health director-general Dr Noor Hisham Abdullah said that depends on the discipline of Malaysians in helping to break the Covid-19 transmission chain. On Sunday, 828 people were arrested for violating the movement control order.

4. As various local authorities carry out sanitisation works on public roads, several health experts have questioned the effectiveness of the move and said the focus should be on cleaning commonly touched surfaces.

5. The National Poison Centre debunked a claim that a ‘health’ product worn around the neck could protect against Covid-19, after online marketers used prominent politicians to promote such products.

7. Minister in the Prime Minister's Department (Economy) Mustapa Mohamed expects the country’s economy to take at least six months to recover after the Covid-19 crisis ends, and that airlines will need special assistance.

8. Bersih urged Prime Minister Muhyiddin Yassin to give equal allocations to all MPs to help serve the needs of every constituency.

9. A five-year old girl has died of rabies in Sibu, Sarawak, making this the first case reported in the state this year.

10. Former youth and sports minister Syed Saddiq Syed Abdul Rahman has reported losing about RM250,000 that was kept in a safe, but denied the money belonged to Bersatu.