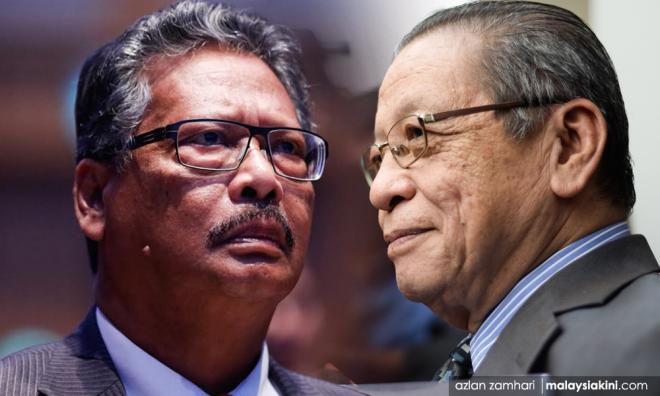 April 29 for case management of Apandi's suit against Kit Siang

The High Court has set a new date for case management of former attorney-general (AG) Mohamed Apandi Ali’s RM10 million suit against DAP advisor Lim Kit Siang for allegedly defaming him in an article on his alleged involvement in the 1Malaysia Development Berhad (1MDB) scandal.

Lawyer Harshaan Zamani, representing Lim said that the case management was earlier fixed for today before High Court judge Azimah Omar but it was vacated following the extension of the movement control order (MCO) by the government.

He said the court has set April 29 for next case management. He also said during last proceedings, the court had fixed Sept 28 to 30 and Oct 1 to 2 for the trial.

On July 5, 2019, Mohamed Apandi sued Lim and stated in his statement of claim that on May 6, 2019, Lim had written and caused to be published an article entitled "Dangerous fallacy to think Malaysia’s on the road to integrity" in Malaysiakini.

He claimed that the alleged libellous words in the article meant that he was involved in crime and had abetted in the 1MDB financial scandal, was a person with no morals and integrity, was unethical and had abused his power when he was the AG.

Mohamed Apandi who was the AG from July 27, 2015, to June 4, 2018, contended that the libellous words were untrue and written with the intention of tarnishing his image and credibility as a former Malaysian AG for cheap publicity.

He is seeking aggravated and exemplary damages, as well as RM10 million in general damages, an injunction to prevent Lim and/or his agents from publishing the alleged defamatory words again and other relief deemed fit by the court. - Bernama