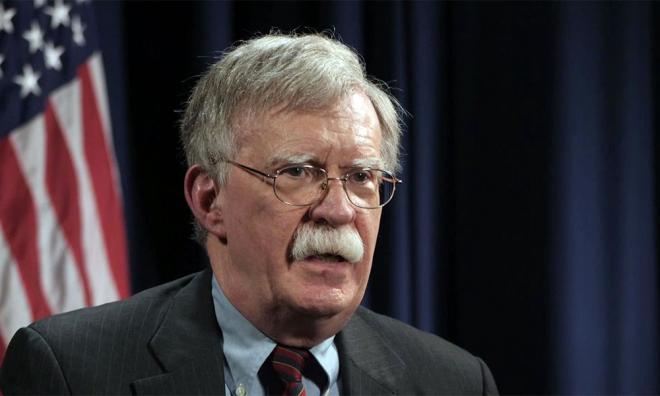 Bolton: Trump asked China to help him win in 2020, offered 'favours to dictators'

Bolton (above), a longtime foreign policy hawk who Trump fired in September over policy differences, also said that the US president had expressed a willingness to halt criminal investigations to give "personal favours to dictators he liked", according to a book excerpt published in the New York Times...
united states
john bolton
book
donald trump
Related Reports
US sues ex-Trump adviser Bolton to block book publication
2 months ago
Bolton has a book 'Donald Trump doesn't want you to read'
2 months ago
Book by Trump's ex-adviser to come out, despite White House objections
2 months ago
US Senate acquits Trump in historic vote as re-election battle looms
6 months ago
All the president's countries featured so far in Bolton's book
2 months ago