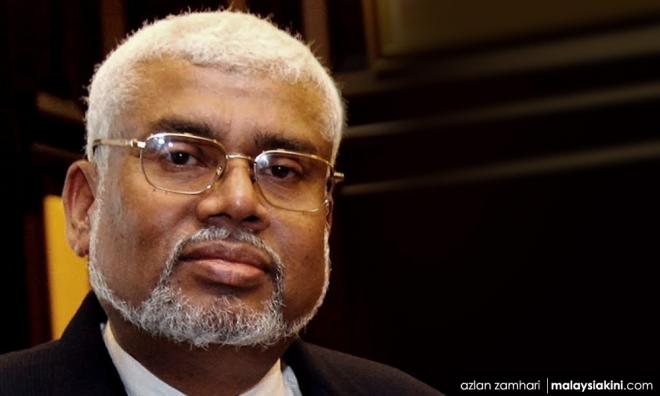 Judicial power must not be abused via invocation of contempt proceedings against critics and the press as independent media helps safeguard accountability, transparency and good governance of the law in a democracy, said a Court of Appeal judge.

Judge Hamid Sultan Abu Backer (above) said that the judiciary needs to maintain its independence and level of discretion in decision-making of cases as part of the doctrine of separation of power between the executive, the legislature and judiciary in Malaysia.

He said this is important as the country’s judiciary is the upholders of the supreme law, the Federal Constitution, which contains provisions safeguarding the fundamental rights of personal liberty and equality before the law, among others.

He referred to the practice in the UK, where the courts there have repeatedly stressed that contempt proceedings are not meant in any way for the court to shield its own conduct or wrongdoing from being exposed or its arbitrary exercise of powers to be questioned or buried, among others.

“In essence, the judicial power must not be abused by invoking contempt powers against critics and media; as independent press is the bulwark of accountability, transparency and good governance of the rule of law for democracy to survive.

“English judges take no attempt to victimise persons who are said to have scandalised or purportedly scandalised the court.

“As Lady (Brenda) Hale (UK’s Supreme Court president) said: 'We have a free press and if the press wants to attack us, that’s fine. But we have to continue to do the job according to our judicial oaths… we certainly do not pay any attention to attacks of that nature,'" Hamid said.

“It is important for judges themselves to take note of this aspect of judicial power and must not bring further shame to the judicial institution by arbitrary exercise of judicial power, in breach of the rule of law.

“No amount of justification in a judgment justifying caging media persons or advocates for contempt or attempted contempt for scandalising the court in this time and era will enhance the image of the judiciary in exercising its judicial power,” Hamid said, adding that such judgments will be perceived to be one of the lowest ebbs in the evolutionary jurisprudence related to constitutionalism.

He was speaking through a Court of Appeal judgment in relation to two appeals, one seeking to quash a conviction and the other to overturn an acquittal, both over drug cases decided by the Shah Alam High Court.

Hamid explained that the media and lawyers constituting the Malaysian Bar and non-governmental organisations (NGOs) among others, are the “invisible pillars of the Constitution to protect the decay and abuse of the Constitution as well as fundamental rights.”

“In essence, democracy will collapse if freedom of speech and expression under the Constitution is grossly violated by the three pillars and the judiciary fails to stop executive and legislative intrusion in the judicial powers of the court as well as fundamental rights of the public inclusive of the Constitution,” Hamid said.

On June 16, it was reported that Attorney-General Idrus Harun filed for contempt proceedings against Malaysiakini and its editor-in-chief over readers’ comments on the judiciary.

On June 17, it was reported that the Federal Court granted leave for commencement of the committal proceedings, and that parties in the matter are set to submit before the apex court during a further hearing on July 2.

The contempt proceedings against Malaysiakini attracted concerns from various quarters, among them the Centre for Independent Journalism (CIJ) which expressed worry that this would lead to more instances of media censorship.

Others such as DAP criticised the contempt proceedings because the online news portal should not be blamed for its readers' comments.