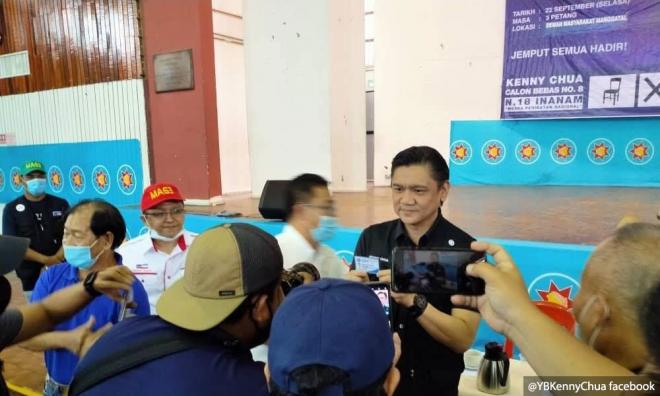 This is despite both Star and PBS inked a peace deal on four seats this afternoon.

Perikatan Nasional (PN) and Gabungan Rakyat Sabah (GRS) have been racing against time to resolve the clashes in other 15 seats, including another five seats that saw clashes between PBS and Star.

Under the agreement inked today, PBS pledged to cease its campaign in Bingkor and Tambunan to give way to Star's candidates who contested in the same seats, while Star agreed to support PBS candidates in Api-Api and Bengkoka.

Chua was quoted as saying that the Inanam seat will effectively belong to Star if he wins.

“If I win this seat as an indie, this seat belongs to Star,” he said at the Menggatal Community Hall this afternoon.

When contacted by Malaysiakini, PBS secretary-general Jahid Jahim said he would leave it to Star to deal with the matter.

"I think Star leadership knows what needs to be done and what is best for PN," he said in a text message.

"I will leave it to the wisdom of the Star leadership because from day one, the PN candidate for Inanam seat is the representative from PBS.