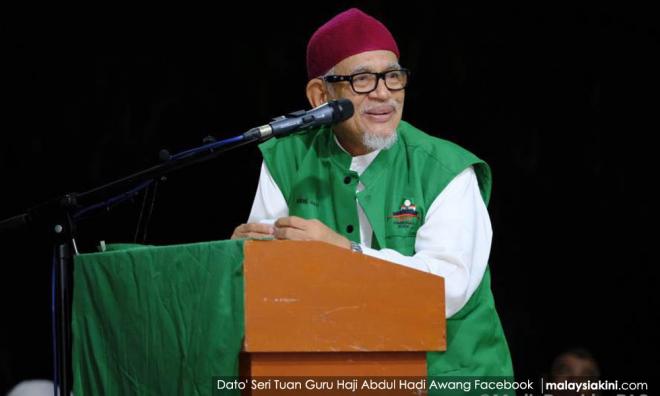 “Congratulations to GRS which was formed by Perikatan Nasional (PN), Barisan Nasional (BN), and Parti Bersatu Sabah (PBS), for their victory in the Sabah election. To the voters, thank you for the trust given,” he said.

Hadi reminded candidates who won in the election to do their jobs responsibly for the good of religion, race, and country.

He added that PAS would continue to be committed to its role of strengthening unity and safeguarding the welfare of the people.

In Terengganu, Menteri Besar Ahmad Samsuri Mokhtar (below) described the victory by GRS as a manifestation of the Sabah people’s confidence in PN to administer at the federal level, as well as in the candidates, who they felt were more capable and competent than the other contenders.

In Pahang, Menteri Besar Wan Rosdy Wan Ismail said on Facebook that the results of the state election reflected the support of the people of Sabah for GRS to bring progress and development to the state.

“The mandate given by the people is a huge responsibility for GRS leaders in their efforts to restore the state and bring sustainable development for the benefit of all the people," he said.

In Kelantan, Menteri Besar Ahmad Yakob said on Facebook that the win showed the confidence and trust of the people of Sabah for GRS which is led by Prime Minister Muhyiddin Yassin.

“I believe the new government that will be formed soon is a stable government to safeguard the harmony and well-being of the people of Sabah. Congratulations to all elected representatives," he said and also expressed his appreciation to the PAS machinery for helping in the election campaign.