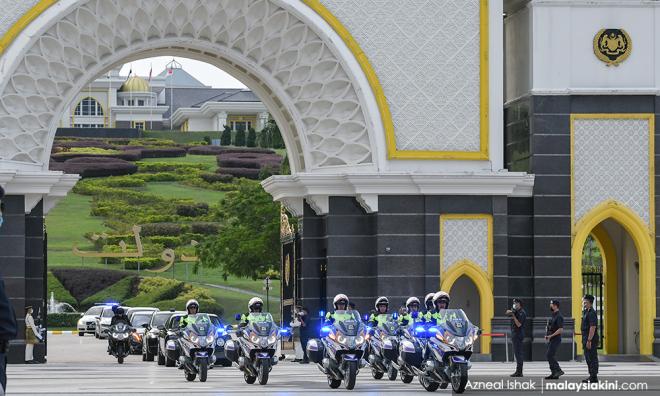 Keeper of Rulers' Seal: Rulers ensured check and balance, no abuse of power

Keeper of the Rulers' Seal Syed Danial Syed Ahmad, who serves the conference of rulers, said the eight monarchs who met with Yang di-Pertuan Agong Sultan Abdullah Sultan Ahmad Shah on the government's request to declare a state of emergency had emphasised on the need for check and balance and curb any abuse of power.

Sultan Abdullah, after consultation with the eight monarchs from Terengganu, Perlis, Selangor, Negeri Sembilan, Johor, Perak, Kedah and the regent of Pahang, decided to reject Prime Minister Muhyiddin Yassin's request to declare a state of emergency.

Muhyiddin had argued that a state of emergency was necessary to combat the Covid-19 pandemic but critics have said it was an attempt to cling on to...