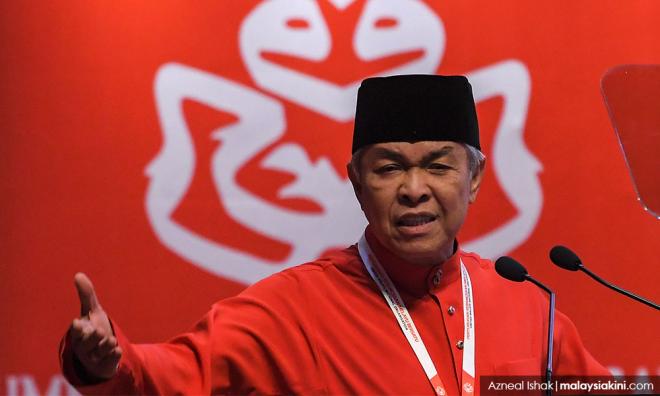 Both Umno and DAP, bitter political rivals, have called for national reconciliation.

This is after the Yang di-Pertuan Agong rejected Prime Minister Muhyiddin Yassin's bid to declare a state of emergency and instead urged politicians to closed ranks in the fight against Covid-19.

Umno president Ahmad Zahid Hamidi, after a meeting of party leaders tonight, hailed the monarch's wisdom and also took cognisance of the ruler's call for a political ceasefire.

"This episode is a lesson for us that in making any major move, the government must go through a consultation process in order to secure consensus from all...