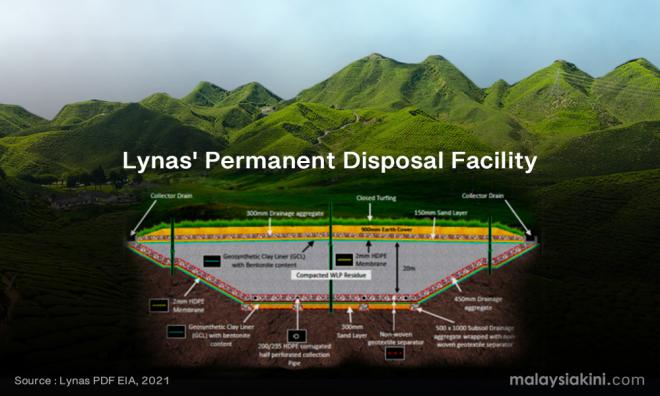 Away from Kuantan's hustle and bustle, the Felda population spread near the Pahang-Terengganu border live an adequate and simple life.

For years, they've seen their quality of life improve thanks to income from oil palm plantation programmes which the government initiated in the 1970s. The programmes transformed the local population into smallholders who have benefited for generations.

Their way of life was however disrupted in the last decade following a brush with industrial greed that left the landscape in the area scarred with red ditches from bauxite mining.

They were able to return to some degree of normalcy following a moratorium on bauxite mining since 2016 to allow for proper regulations to be enacted.

However, the community is set to have another brush with heavy industry as radioactive rare earth waste will end up a stone's throw away from where they live.

The name "Lynas Malaysia" is not unfamiliar to the local community but with the firm's rare earth processing plant located 30km to the east in Gebeng, it has never been a real concern. Instead, it was more of an urban issue for the folks in Kuantan.

Unfortunately, a plan to build a massive industrial waste facility in Bukit Ketam and the relocation of Lynas' waste from Gebeng mean the rare earth firm's toxic byproducts will be just three kilometres away from the nearest Felda settlement...