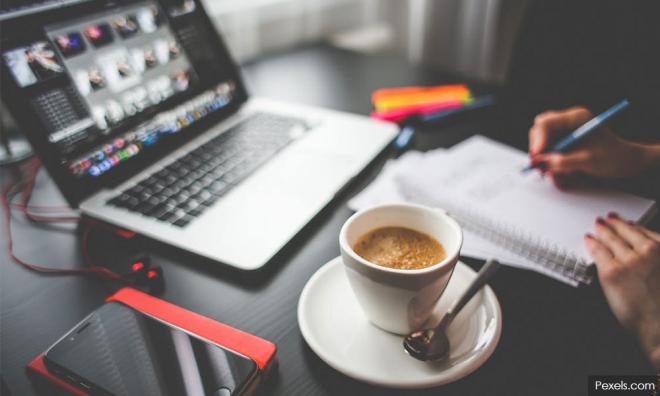 COMMENT | This Int'l Women's Day, I'm thinking about how tired we are

COMMENT | Readers, I’ve got to level with you: I struggled to write this piece. Not because writing can be soul-crushing work (though it’s not that), but because I’m a sceptic when it comes to the concept of “International Women’s Day”.

How do you adequately answer a question with such a broad range of answers: what does it mean to be a young woman in 2021?

I tried to find something to say that wasn’t so bleak or full of black rage, while also trying to convey that yes, feminists do have a sense of humour!

Would earnest curiosity punctuated by righteous suspicion work? “Men do care about the women’s movement, and here are five brands that prove it!”

I hope you’ll forgive my cynicism, but after 27 years in this female-presenting meat sack, it feels like the only rational response.

Jokes aside, writing this essay did force me to think long and hard about the meaning of womanhood in the year of our lord 2021. Are there good things about being a woman in the modern world? Or, put another way, has there ever been a better time to be a woman?

To wit, probably not. We stand more than 110 years from the moment (German socialist and feminist leader) Clara Zetkin declared the necessity of a worldwide celebration of women’s suffrage, and undeniably, there’s been a lot of change since.

Women have seen their life expectancy and wages improve. We have seen women ascend to the highest offices of power, we’ve seen girls lifted out of poverty and given the right to education, the right to drive, the right to vote.

Women are better educated, better represented in media and real life, are more enriched and empowered than probably at any other point in history. It’s quite nice, yeah?

And yet, despite Zetkin, despite the representation, and the hard-won rights and freedoms — is the world a better place for women-presenting folks? After all, the world is still a dangerous place for us: one in three women will face physical and/or sexual abuse in her lifetime.

Embarrassingly, Malaysia’s gender pay gap was ranked 104th in the World Economic Forum’s 2020 Global Gender Gap Index and the United Nations Women reported that the pandemic increased the burden of women who were already doing three times as many hours of housework as men, pre-Covid-19.

Malaysia registered 543 child marriages in the first half of 2020 alone.

Remember the Sexual Harassment Bill? That would-be landmark piece of legislation that could introduce unheard-of protections for women against the threat of violence? Its survival remains a massive question mark, even as the Women’s Aid Organisation (WAO) recorded three times as many calls to their domestic abuse hotline during the movement control order (MCO) compared to the before-times.

Taking all that into consideration, what does it mean to live as a young woman in a world that insists you can be anything you want, that will sing your praises when you’ve beaten the odds, that sees nothing but potential in your womanhood - even as it stacks the deck against you?

Recently, a former Malaysian politician told the press a woman can be prime minister, eventually. Hours later on that very same day, we learned the Yang di-Pertuan Agong wanted to appoint his (female) deputy as interim leader until he (the former politician) disagreed.

The jokes practically write themselves.

Many have the same sentiment

I asked a number of young, female friends what they thought it meant to be a woman in 2021. Their answers differed depending on their world view, privileges, dating preferences, politics - you get the gist - and yet, funnily enough, each and every single one expressed the same sentiment: “I’m tired.”

They were tired of a lot of things. Tired of always being afraid. Tired of wading through stories about dead and abused women. Tired of compensating for emotionally stunted men. Tired of male politicians who act as if “woman” is a concept from space. Tired of never being valued the way a man would be, in every facet of life, but especially pay. Tired of arguing about the inherent value of our humanity and our labour.

Maybe, being a woman in 2021 is about balancing the endless, irreconcilable contradictions and tasks set before you, and never having any of that recognised as being valuable and necessary.

Women today are expected to not just earn a living for themselves, but also care for the home, their families, their elderly. They are expected to cook, clean and coddle, while also acting as emotional ballasts for their menfolk, never demanding the same in return.

They are expected to smooth conflict, never cause it. Be ambitious, but don’t let anyone know. And all the while, they must look good but not too good otherwise she’s vain, or promiscuous.

During family dinners, who does the groceries, remembers the birthdays, buys the cake, cooks the meal, organises attendance? After, who cleans, packs, sorts and plans the next round?

When a friend’s parent became ill, we all knew without asking that the bulk of the caregiving would fall to her, not her four brothers.

At an office I used to work at, I remember one particular week during which most of the women were unavailable for reasons. The men let the Nescafe pods build up, and when the machine stopped working, they didn’t empty it out. Just went downstairs to buy coffee. The milk ran out. The toilet began to stink. Cockroaches quickly claimed territory.

It’s the little things - the care and consideration, the prep work, the brain space, the time - which make the world turn as if by magic, not by the sheer force of will of an army of women working quietly in the background, doing it all for nothing.

When we complain or demand for change — if we are able to overcome the sense that even asking for more isn’t allowed in the first place — we are told we are ungrateful, unbecoming, un-womanly. Reader, there is no way to win.

Do you remember when the government tried to sell the benefits of i-Suri, an EPF policy that would ensure the financial security of stay-at-home moms so they would be less susceptible to domestic abuse?

Well, I do, and I also remember the vitriolic hatred that spilt out at the thought of a housewife having rights to a portion of her husband’s salary.

The nerve of it. Wanting something for nothing.

What's to be jubilant about?

International Women’s Day is supposed to feel jubilant, it’s meant to be a feel-good festival celebrating all the ways women are just great.

We get some nice corporate shout-outs on social media, some influencer hype-posts, a few listicles about female-owned businesses you need to support, or the top five men who said something nice about women that one time.

Organisations will trot out all their female employees and their gender-responsive policies like a plate collection: See how many we have! We’ve collected them all, one in every size, shape and colour!

All the while, female employees will continue to be underpaid and more likely to be laid off than their male counterparts. An outdated, patriarchal system cannot see women as anything but resource and labour.

Even on International Women’s Day - “our” day - women are called to labour.

Every year, every March 8, we are called to walk the streets to advocate for ourselves, online and offline.

We are asked to get angry, to make placards, sign petitions, to prepare safety plans and market our event.

We will then spend our days fending off online abuse as it inevitably rolls in. I’ve spent hours under the sun running back and forth during marches over the years, as a reporter, as a marshal, a marcher.

I know personally how we are called again and again to make the case for our shared humanity. To argue that we deserve equal rights, and beg for a better way.

I am struck dumb by the sheer humiliation of it.

I can already hear the protests. Not all men are like this! Men care about the women’s movement too! Men march on the 8th! I can practically hear you asking why I am so bitter, why I can’t look for the bright side, why I hate men, why I’m so angry. What am I doing about it aside from complaining? Why aren’t you fixing it?

I know you want answers, you want tidy solutions out of this mess, but it is not my job to be comforting. I don’t write this to reassure you that the women will remain nice, and quiet, and beautiful ornaments. I am not here to tell you that, someday, the women will cease to be tired and angry and resentful.

There are already young women who are already refusing the labour expected of them, who are refusing to bend to the world and are instead, forcing the world to meet them where they are.

I think about the girls who came of age already fighting, already wanting more than was on offer: better rights, better pay, better futures.

This year, the march continues, in spite of the pandemic. In spite of our anger, women will continue to labour to make sure their communities and families — and yes, the men — are cared for, and they will do it because that’s what they have always done.

We have always held up the other half of the sky, even when what we all got for it was nothing.

This is still the best time to be a woman, compared to any other point in history, and it can be so much better. There is another way.

Being a young woman in 2021 is knowing that there is nothing wrong with wanting more from this world that only knows how to take from us, and it will be exhausting to get there and the road is paved with indignity, but it will be worth it.

MP SPEAKS | Women's Day: A salute to their courage and strength

Glorene Das remembers the battered child who survived a coma

Standing up for their beliefs - 12 women you should know about

SAMANTHA CHEH is a writer based in Kuala Lumpur, and she writes the Footnotes from the Void newsletter. You can find more of her work here and follow her on Twitter @sam_sicilipadi.