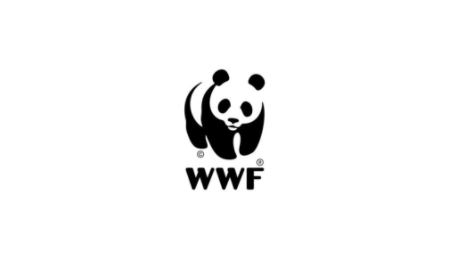 EU must tackle forest destruction to reduce the risk of pandemics

While the world continues to grapple with the devastating consequences of Covid-19, WWF is calling for urgent action to address the key drivers it has identified which will cause future zoonotic disease outbreaks.

In a new report Covid-19: Urgent Call to Protect People and Nature, WWF identifies a number of environmental factors which drive the emergence of zoonotic diseases, notably the trade and consumption of high-risk wildlife, land-use change including deforestation, and the conversion of natural ecosystems into another use such as intensive agriculture and animal production. Numerous scientists and thought leaders, such as the World Economic Forum (WEF), have warned about the risk of a global pandemic. WEF ranked pandemics and infectious diseases as one of the top global risks over a decade ago, posing "an acute threat to human life." While questions remain about the exact origins of Covid-19, all available evidence suggests that it is a zoonotic disease, meaning it jumped from wildlife to humans.

“Fragmentation of wildlife habitat and forest destruction are not just an issue of the Global South,” says Irene Lucius, Regional Conservation Director, WWF Central and Eastern Europe.“Brown Bears in the Carpathians, for example, are increasingly coming into conflict with people as wildlife corridors are being intersected by forest clear cuts, roads, or encroaching settlements. We need wild animals to stay within their natural habitats and play their regulating role here such as wolves who control wild boar and thereby the diseases they transmit, as shown in the case of Classical Swine Fever in Slovakia. The new EU Biodiversity Strategy 2030 calls for increased efforts to restore and maintain Europe's natural capital. Some of the economic recovery funds under development must be invested here for the benefit of people and nature.”

Marco Lambertini, Director General of WWF International said: “We must urgently recognise the links between the destruction of nature and human health, or we will soon see the next pandemic. We must curb the high risk trade and consumption of wildlife, halt deforestation and land conversion as well as manage food production sustainably. There is no debate, and the science is clear; we must work with nature, not against it. Unsustainable exploitation of nature has become an enormous risk to us all. ”

The galloping loss of forests and other natural ecosystems in regions around the world exacerbates the risk of pandemics and accelerates climate change and the loss of nature. The European Commission has announced new legislation to curb the footprint of EU consumption on global deforestation [1].

Anke Schulmeister-Oldenhove, Senior Forest Policy Officer at WWF EU said: “Deforestation and ecosystem conversion are squeezing wildlife - and with it viruses - out of their natural habitats and closer to humans. Forests can be our “antivirus”, they protect us from pandemics and we need to protect them. We welcome the European Commission’s pledge to introduce a new law to tackle deforestation, but we need to ensure the law will be strong enough to stop deforestation and the destruction of grasslands, wetlands and other pristine habitats. New legislation should also protect human rights, especially those of indigenous peoples and local communities.”

Since 1990, 178 million hectares of forest have been cleared, which is equivalent to more than a quarter of the EU’s surface area, and around 10 million hectares of forest [2] are still being lost each year through the conversion of natural ecosystems to arable land and other uses. Our unsustainable global food system is driving large-scale conversion of natural spaces for agriculture, thereby fragmenting natural ecosystems and increasing interactions between wildlife, livestock and humans.

Although Central and Eastern Europe is one of the few regions in Europe where old-growth forests are still found, the region is experiencing ever-increasing pressure on forests from both unsustainable legal and illegal logging. Just as in the Amazon and elsewhere, the fragmentation and destruction of forest habitats means that both animals and disease vectors are inadvertently coming into more frequent contact and conflict with humans. This is a key moment for governments to stop forest destruction and work towards preserving and restoring ecosystems, biodiversity, and ultimately the health of people and planet.

Together Possible for the Green Heart of Europe!

About WWF
WWF is one of the world's largest and most respected independent conservation organizations, with over 5 million supporters and a global network active in over 100 countries. WWF's mission is to stop the degradation of the earth's natural environment and to build a future in which humans live in harmony with nature, by conserving the world's biological diversity, ensuring that the use of renewable natural resources is sustainable, and promoting the reduction of pollution and wasteful consumption (www.panda.org/dcpo).

WWF's The Green Heart of Europe initiative across 12 countries in Central and Eastern Europe aims to save and protect the five natural riches of the region – forests, wilderness, large carnivores, rivers and wetlands, and the Danube sturgeon. (www.panda.org/greenheartofeurope)