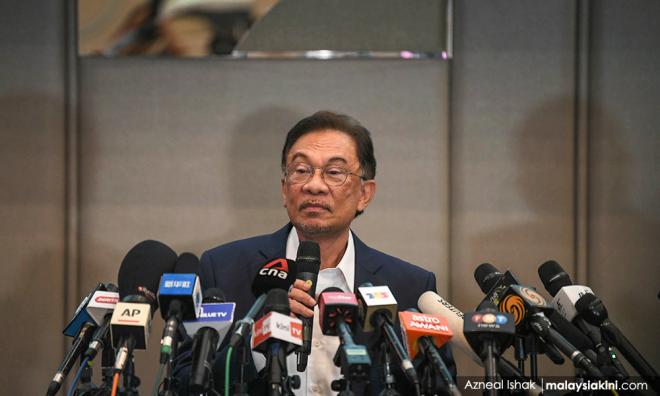 COMMENT | Don’t insult Anwar, even if we do not support him

COMMENT | The heat is on again. With Anwar Ibrahim’s latest bombshell, we can expect temperatures to soar in the political arena in the days ahead.

Let me start on a lighter note. A friend sent me this early today. It was titled, “Anwar has the numbers, Muhyiddin the alphabets”.

“I have the numbers, says Anwar.

“But I have the alphabets, says Muhyiddin. From A (for Azmin) to Z (for Zahid) and all the other clowns and riff-raff in between”.

That’s for a chuckle.

Seriously, when friends (mostly from Sarawak) keep requesting for updates on the latest political development, it can get quite annoying....

I do understand them though. Since I reside on this side of the country, closer to where the action is, they think I would possibly know more. The truth is – what I know is what I’ve read in the media, just like them.