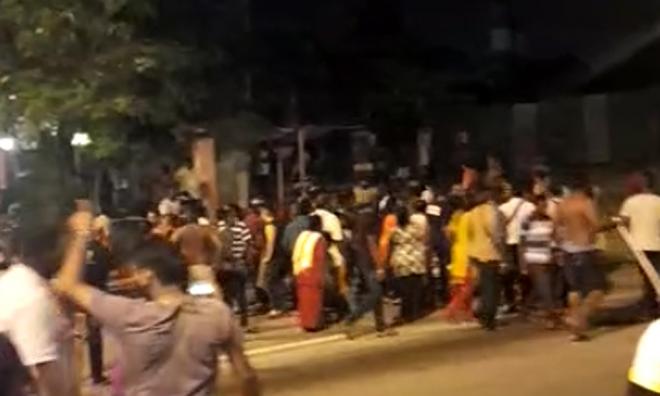 LETTER | Hakam views with deep remorse the tragic and untimely death of fireman Muhammad Adib Mohd Kassim. He paid for his life dearly in the line of his calling - with untold suffering of his fiancé and family.

No doubt it was aggravated by devotees being attacked amidst their prayers. Or the tardiness of the police in quelling the fracas speedily. Yet it is now clear that it was not racially motivated.

Hakam is concerned that there are some quarters seeking to stir up racial and religious animosity about his death. This will be a sad taint on Adib’s legacy. For he attended to his duties as a trained fireman professionally - regardless of race or religion.

We feel it is high time the government initiated a concerted policy designed to stop matters from being characterised along ethnic-religious lines in the New Malaysia that we helped so painfully to create.

Otherwise, every little individual non-ethnic incident can be dressed up as a collective polarising racial issue: be it a road accident involving different races, or this Seafield incident which was essentially a dispute over land between a developer and the occupiers.

The subsequent reactions by some politicians may now, perhaps, be seen as insensitive and inappropriate. But this is with the benefit of hindsight.

We strongly urge the new government to take stock of the situation and act firmly against the few who would – for whatever motive – undertake to wreck the unity of Malaysians.

The government must take measures to defuse the racial characterisation of such incidents – with education and sensitisation programmes, starting with our schoolchildren and extending to all sectors and levels of society.

To spread cross-communal solidarity, the government should perhaps set up a nation-wide harmony and reconciliation commission.

That is what we all expect and deserve – from a new government in a New Malaysia.

The writer is president of Hakam.

RCI needed to prevent another Adib or Kampung Medan
22 Dec 2018
Muhyiddin: Adib's full forensic report to be released in the next few days
21 Dec 2018
Kadir cautions against using Adib's death to instigate
21 Dec 2018
Adib would wish for rule of law
20 Dec 2018