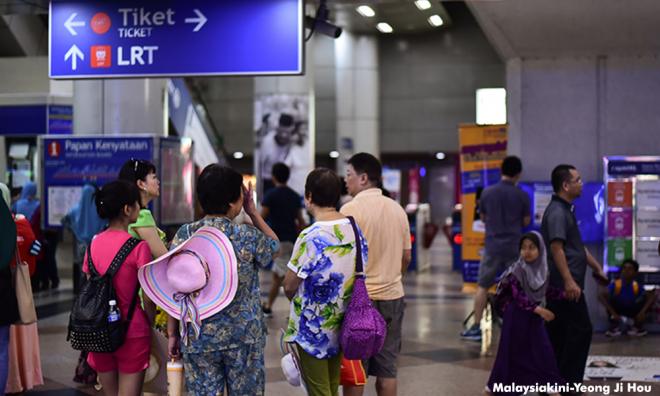 LETTER | Tourism Malaysia had just released figures for foreign tourist arrivals for the three months of this year, which showed a 2.7 percent increase over last year. Not only that, it was the second highest figure ever recorded, losing out only to Visit Malaysia Year 2014.

Out of the top 15 countries that contributed the largest number of tourists to Malaysia, only three registered a lower number for the first three months of this year. They were Singapore (-1.5 percent), Brunei (-10.6 percent) and United Kingdom (-2.8 percent).

If Singaporean visitor numbers are excluded, the number of foreign tourists to Malaysia was an all-time high for the first quarter of this year, exceeding 2014 figure by a whopping 527,073. As such, Tourism Malaysia ought to be congratulated for the success.

Singaporean tourists to Malaysia benefit our hotels and those providing unlicensed accommodation if they are not staying with families or friends and quit a number own properties in Malaysia. All are counted as tourists when they stay overnight.

But few local tour operators benefit as many Singaporeans know Peninsular Malaysia like the back of their hands and those prepared to put up with the jam at the Causeway or Second Link would often drive to Malacca or Genting Highlands in droves.

However, tourism is not all about visitor figures as tourist expenditure is far more important. Tourism, Arts and Culture Minister Mohamaddin Ketapi disclosed that the tourism industry recorded RM21.4 billion receipts for the first quarter of this year compared to RM18.3 billion for the same period last year, an increase of 16.9 percent.

If the momentum is kept up, it would be possible not only to achieve this year’s target of 28 million foreign tourists but also 30 million tourists and RM100 billion in receipts targeted for Visit Malaysia Year 2020.

Achieving targets is no easy task

Whether foreign tourist targets for this year and the next will be achieved will depend on several factors, one of which is entry requirements for China and India tourists. Recently, Foreign Minister Saifuddin Abdullah disclosed that an announcement will be made soon to relax the entry requirements for Chinese tourists visiting Malaysia in time for Visit Malaysia 2020.

Like China, tourist arrivals from India were plagued by visa issues until they were sorted out not long ago, but by then, they have been enticed by other more tourist-friendly countries and it is not easy to woo them back to Malaysia.

Our country is no longer a bed of roses for foreign workers, especially those from China and India. In recent years, China tourists are the world’s biggest spenders and any enterprising China nationals can make a fortune within their own country.

It is a matter of time for India to reach the current status China is enjoying, and if we are interested to tap this market, which would soon overtake China in population, the best time is now, before we miss another window period.

It is imperative that all ministries work together in sync to draw more foreign tourists to our country to boost the economy. The Ministry of Tourism, Arts and Culture must draw up and make known the strategies adopted and the contingency plans to mitigate disasters.