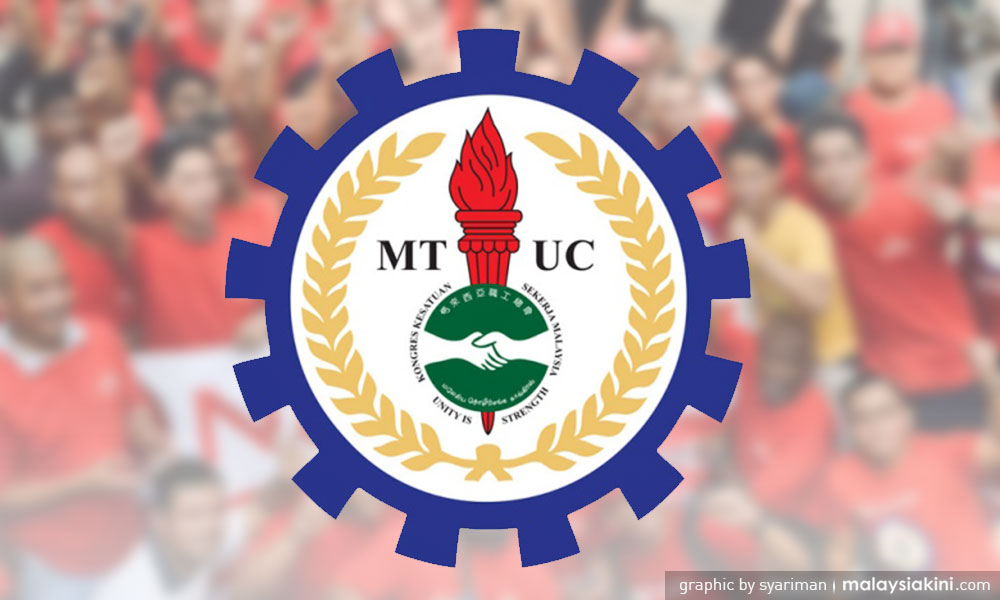 LETTER | Wading into Pakatan Harapan’s stunning defeat in Tanjung Piai, the Malaysian Trades Union Congress (MTUC) urges the ruling coalition to gauge the “happiness” of workers across the country periodically as a barometer to ascertain the level of public support it commands.

MTUC wants the government of the day to do well but I have to stress that Pakatan Harapan can only do so by fulfilling the aspirations of the people, of whom 15 million are workers represented by MTUC.

Malaysian workers, particularly the B40 group, have come to regard the government as mostly passive on bread and butter issues such as low wages and the high cost of living.

This is among the main reasons which have led to a drop in support for the coalition. I have to point out that most analysts and politicians agree that the by-election was a referendum of Harapan’s policies.

On Saturday, Harapan lost the Tanjung Piai parliamentary seat in Johor by more than 15,000 votes to BN in a stunning one-sided contest which left the ruling coalition scrambling to find answers for the heavy defeat.

I believe the answers lie in the growing public, especially workers’, disillusionment with several government leaders who were heavy on rhetoric but offered little in terms of deeds or substance.

I urge the government to listen to MTUC’s pleas and urge the Human Resources Ministry to stop usurping and diluting the roles of MTUC while simultaneously undermining the union congress, especially when it supports the new government.

It has been a frustrating 18 months for MTUC in dealing with the Human Resources Minister M Kulasegaran (above) who amended important labour laws without any meaningful consultations with MTUC and yet claimed otherwise in Parliament and to the public.

One of the amendments to the Industrial Relations Act gives anyone a free pass to set up as many unions as possible at a workplace or in an industry which will lead to infighting between competing unions and their members and create industrial disharmony.

This amendment will not promote unionisation in the non-unionised environment.

The minister, without proper consultations with MTUC as the national labour centre and the Malaysian Employers Federation, pushed through these and other amendments in a high-handed manner which only fanned the anger on the ground against the government.

Such actions had contributed to the widening disconnect between the government and the people, especially the B40 and M40 workers who are mainly employed in factories, plantations and the services sector.

MTUC really believes that much of the push back in Tanjong Piai stemmed from the growing perception of many wage earners that government leaders are not interested in their plight but are busy using their power to outwit political rivals.

I believe if ministers, backed by the civil service, can go to the ground and sincerely engage workers and the unions which represent them to tackle the root causes of their hardships, Harapan can reverse the current political tide.

If large segments of the 15 million Malaysian workforce can feel or are touched by the government’s sincerity in helping them achieve a better quality of life, then it is only natural for them to give full support to the government.

Speaking from MTUC’s experience, the disconnect between the people and the government will only grow if important ministries such as Human Resources are seen as detached from the daily hardships endured by workers and go about approving laws which add and does not alleviate their burden.

The government will find more “solid” public support by addressing bread and butter issues, instead of being drawn into the politics of race and religion advocated by certain quarters.

By focusing on the people’s economy, Harapan will find sustained support from the people of all walks of life and thus, unshackle itself from the unproductive and destructive politics of some who want to keep playing the race and religion card.

The writer is the secretary-general of MTUC.

labour
mtuc
human resources ministry
pakatan harapan
Related Reports
MTUC seeks genuine consultation with gov't
a year ago
MTUC slams Kula for allowing multiple unions, likens it to union-busting
a year ago
Industrial Relations Act amendments a move in right direction
a year ago
IRA reforms – MTUC, the minister and the working class
a year ago