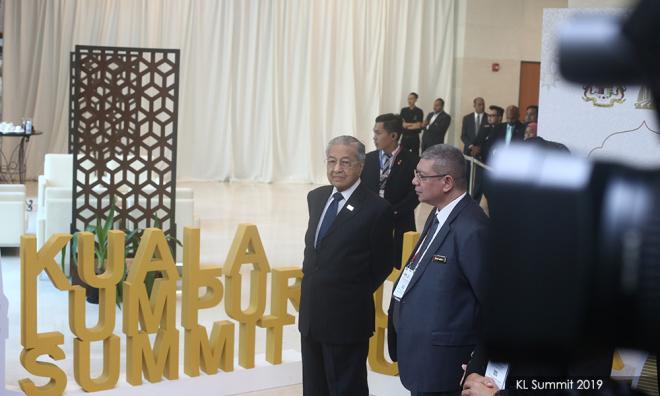 LETTER | One of the stark changes we have seen since the Pakatan Harapan government took over the reins from BN is how keen and quick we are at alienating important nations away, particularly the ones vital to our trade.

India, particularly, has had to bear the brunt of our Prime Minister Dr Mahathir Mohamad’s consistent comments on their internal affairs.

At the recently-concluded Kuala Lumpur Summit organised to discuss and find solutions to problems facing the Muslim world, Mahathir drew the ire of India when he criticised the country on its new citizenship law.

The new ruling essentially makes it harder for Muslim refugees or Muslim minorities in India to seek full-fledged citizenship in the country.

While it is an issue that should be a matter of concern for nations who would want human rights and freedom to carry the day, it should also have been done with more tact.

Lest we forget, here is an emerging nation who is also the world’s biggest buyer of edible oils. India imports more than RM6 billion in palm oil and palm oil products from Malaysia and has displaced China, since 2014, as our biggest buyer of palm oil.

In September, Mahathir angered India because of his comments on the Kashmir conflict.

The following months saw a drop in palm oil exports by 76 percent along with India’s top vegetable oil trade body telling its 80-plus members to stop buying palm oil from Malaysia.

Just when we recovered our trade relations with India, with the signing of a trade pact last month for palm oil exports as well as the resumption of India’s purchases (around 70,000 tonnes of shipments contracted for this month alone), Mahathir decided to put everything in jeopardy again.

This will no doubt leave many industry players anxious, especially our 600,000 small-time planters.

India was not the only nation Mahathir managed to rile up in a week.

While Pakistan did not show up, the KL Summit saw the attendance of Qatar and Iran, two countries known to be rivals to Saudi Arabia for hegemony in the region.

The exclusion has led to many framing the summit as an effort to form a bloc friendly to China and Russia, at the expense of our long-held diplomacy practice of non-alignment — whether deliberately or not.

Many also reported that Pakistan was pressured to skip the summit, while Saudi Arabia reiterated its stance that matters concerning the Muslim world should be discussed in a full Organisation for Islamic Cooperation (OIC) meeting.

For years, we have maintained cordial relations with Saudi Arabia. Relations between the two have been fruitful, with our cooperation in various matters from the hajj pilgrimage to petroleum refinery developments.

Is Mahathir willing to throw all this away?

Most Malaysians must be wondering what is our prime minister’s endgame. With the inevitability of PKR president Anwar Ibrahim’s ascension to Seri Perdana, could this be Mahathir’s scorched-earth tactic to ensure his "former" enemy will not have a comfortable seat at the head of the table?

Many of the prime minister’s supporters came out and said his concerns were genuine. It was imperative to hold the summit even without the de-facto leader of the OIC present and we speak up for India’s beleaguered Muslim minority and the Muslim refugees seeking safety in the country.

Even if all the diplomatic gaffes with India were done sincerely with the wellbeing of its Muslim communities in mind, where was the same spirit and impetuousness when it came to defending the one million Uyghurs in China’s concentration camps?

Although Mahathir is known to be a sharp-tongued leader who is fearless when it comes to critiquing the powers that be, let us not kid ourselves.

At the end of the day, we are a small nation that depends on robust trading and economic relations with bigger countries, particularly India and Saudi Arabia in this case.

The selective outrage shown by Mahathir at best shows the lack of coordination and nuance when it comes to leading the country in the international stage.

At worst, it shows the contempt the prime minister has for its successor to the point that he is willing to burn bridges.