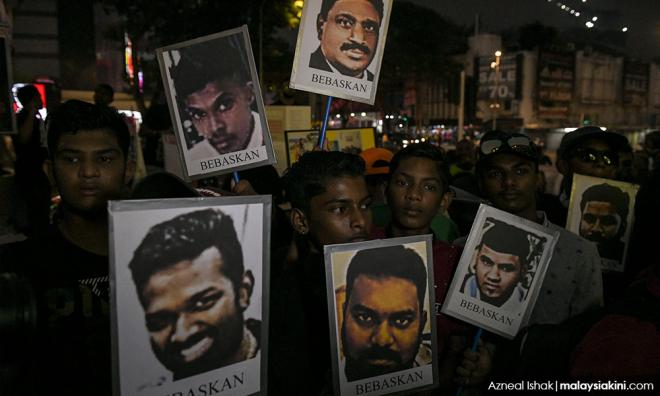 When will the LTTE drama end?

LETTER | In March 2009, the Canadian police said the display of Tamil Tiger flags during a protest by members of Toronto's Tamil community was legal, despite the fact the rebel group is banned in Canada as a terrorist organisation.

Meanwhile, "Wearing, carrying or displaying of an emblem or flag, by itself, is not an offence unless the way in which, or the circumstance in which, the emblem is worn, carried or displayed is such as to cause reasonable suspicion that the person is a supporter or member of a proscribed organisation. While support of and membership of (the Islamic State) is unlawful, it is not a criminal offence to advocate the creation of an independent state."

The above was the view of the police in the UK in 2015, when a man carrying a kid on his shoulders had the black IS flag wrapped around him and was walking through Westminster.

In sharp contrast, Malaysia continues to detain twelve Malaysians on charges of supporting the now-defunct Liberation Tigers of Tamil Elam (LTTE) by allegedly having flags and other paraphernalia in their possession.

It’s murky as to what criteria was used to conclude they are terrorists and a threat to national security. Ironically, the police have also failed to show the alleged huge movement of money to revive the LTTE.

And on Monday, the High Court ruled that denying the men bail for terrorism-related offences is constitutional as there are provisions to do so under the Security Offences Special Measures Act (Sosma) under which they have been nabbed.

So the question is whether the police and the attorney-general, Tommy Thomas, concluded these men are terrorists just because they had paraphernalia and video footage of the Tamil Tigers on them.

If they have, then it’s appalling because this is a travesty of justice.

I shudder to think that I am a part of the Pakatan Harapan government which has repeatedly pledged to uphold the rule of law.

The dubious charges and the incarceration are anything but that.

The only way to reverse this is for the Home Ministry to remove the LTTE from its list of terrorist organisations and set the men free.

Or they will continue to languish in prison for a very long time under a piece of legislation that Pakatan Harapan promised to revoke when it came to power.

The writer is member of Parliament for Klang.