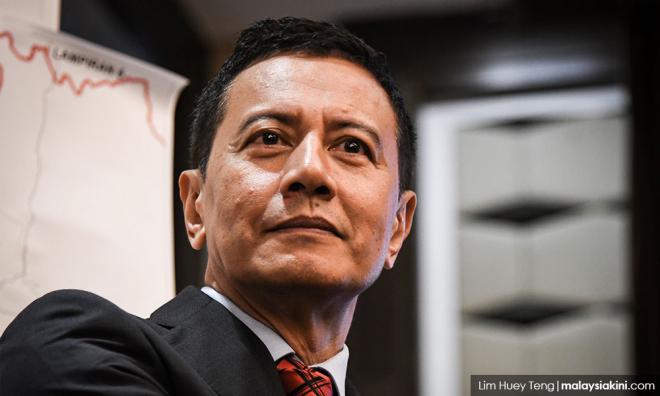 LETTER | The Association for Community and Dialogue (ACID) is disappointed with the decision of Azhar Azizan Harun to quit the Election Commission chairperson post.

Conviction to a certain cause is what makes an institution meaningful, respected, and credible in the eyes of the people.

In the 14th general election, Malaysians who desired change did not just vote for political parties to represent change, there was also a desire that individuals with courage and integrity would helm important institutions like the EC, MACC and even GLCs so that meaningful check and balance could be initiated and implemented.

One of those areas that was in a dire need of reforms was the EC and its operational culture.

It has been in public knowledge how this institution was manipulated especially in the delineation exercise over the years to ensure victory for BN, besides the lack of fair play in the conduct of elections.

The appointment of Azhar was the most awaited appointment done by Pakatan Harapan, as he was set to make historic changes to the EC.

He was even studying the anti-party hopping law, a move that would have discouraged party hopping which violates the people’s mandate.

The work that he could have done could be compared to what Tirunellai Narayana Iyer Seshan, has done in India when he was appointed EC chairperson of India.

Seshan single-handedly brought changes that not one of his predecessors could ever have done.

He put his foot down to bring meaningful changes that have been felt and emulated globally.

He identified more than a hundred electoral malpractices and reformed the election process.

Some of the reforms he implemented include enforcement of election code of conduct, voter IDs for all eligible voters, and limit on election candidates' expenditure.

He curbed several malpractices like bribing or intimidating voters, distribution of liquor during elections, use of government funds and machinery for campaigning, appealing to voters' caste or communal feelings, and use of places of worship for campaigns.

Unfortunately, the EC chairperson has decided to resign without instituting much-needed reforms.

This reveals a clear repudiation of the people’s aspirations in the 14th general election.

The question is why has Azhar decided to resign in the crucial stage of the nation’s history in which an unelected government was formed and Malaysians would want to see institutional leaders with courage who would not succumb to any pressure or waiver from a given cause?

The fact is Malaysia is in a historical deficit of such leaders since it has been under the BN hegemony for 60 years and now Perikatan Nasional.

It seems that leaders with liability exceed those with integrity.

Malaysia has lost a great opportunity for electoral reforms and now it is in the hands of the young to bring about change.

The writer is the secretary of the Association for Community and Dialogue.