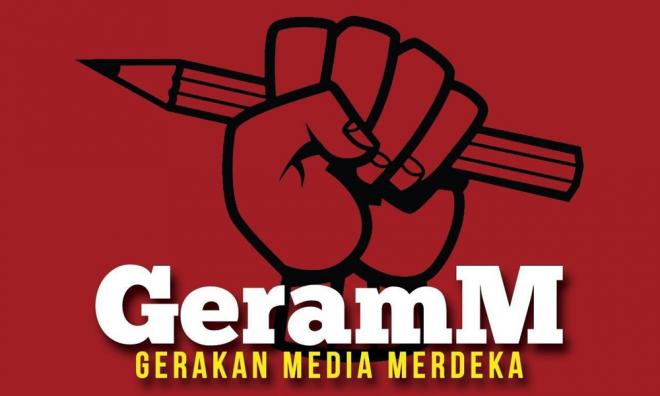 LETTER | The year 2021 sees us still trapped in the phase of battling the Covid-19 pandemic and its direct impact on the media industry.

Firstly, Gerakan Media Geramm (Geramm) would like to congratulate and thank all media workers who are still fighting and working in times of great uncertainties.

This year, Malaysia’s press freedom index recorded a sharp decline, a matter of serious concern particularly for media practitioners, civil society, and the general public who aspires for responsible media that carries out their duties in a transparent democracy.

There is still a long journey towards upholding and defending press freedom in Malaysia but we are honoured and touched by the spirit, support and solidarity shown.

As we have stated in our new year’s message, the Covid-19 pandemic has proven the vital role of journalists and media in delivering accurate, timely and quality information to the public, particularly in the digital arena flooded with false, unverified and inaccurate information.

Therefore, we see any attempts to prevent the media from carrying out our duties as highly regrettable.

Throughout the pandemic, authorities had on several occasions initiated probes against journalists and media organisations who were solely carrying out their duties.

Beginning with a probe against an Al-Jazeera report, comments by Malaysiakini readers and the decision to restrict coverage only for “official media” since last year has greatly hampered media access.

Last month, the Home Ministry stated intentions to call up two media organisations that reported remarks by the deputy inspector-general of police at a recent press conference.

Several days later, police also announced a probe against an Astro Awani presenter who was accused of making a slanderous remark against the police while on air.

Therefore, we urge all parties including the media, authorities, the public and politicians to understand the role of an independent and responsible media.

Aside from that, Geramm reiterates our stand on the need to establish an independent Malaysian Media Council to be represented by individuals who understands the foundation and struggles of the media industry.

The Malaysian Media Council must not be placed under the responsibility or control of those out to control any flow of information.

Such actions would further restrict the media’s ability to carry out its duties at a time when their role is becoming increasingly critical, amid the ongoing pandemic.

'New norms' for investigative journalism in times of pandemic
3 May 2021
Malaysia's freefall in press freedom index - here's why it matters
3 May 2021
Curbed freedoms: A timeline of press suppression in Malaysia
3 May 2021
Home Ministry to summon Malaysiakini over rape threat 'may be a joke' article
27 Apr 2021
Deputy IGP describes rape threat against teen as 'maybe a joke'
26 Apr 2021