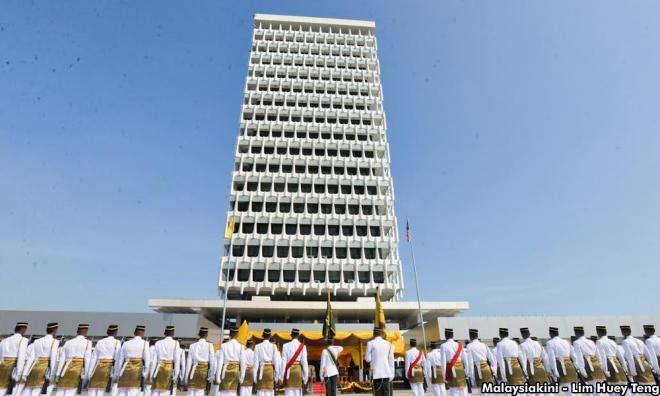 The government has welcomed the proposal by Dewan Rakyat speaker Pandikar Amin Mulia today to hold the ministers' question time every Tuesday and Thursday during Parliament sittings.

Minister in the Prime Minister's Department Azalina Othman, who is in charge of Parliament matters, said the move would give more room for members of Dewan Rakyat and the Senate to debate and to provide them a platform to ask the ministers directly on current issues.

"The government welcomes the statement and is committed to the successful implementation of Parliament's transformation.

"The government also thanks the Dewan Rakyat speaker for clarifying to the media on any misunderstanding that the executive was interfering into the affairs of the legislature," she said in a statement in Kuala Lumpur today.

Azalina said the government had studied the proposals to transform Parliament and agreed to three of four proposals at the cabinet meeting on Jan 20.

Azalina also said that she and Dewan Rakyat deputy speaker Ronald Kiandee held a two-day official visit to Australia on Feb 22 and 23 to study the implementation of Select Committees.

She also stressed that the government did not intend to interfere with the powers of the Dewan Rakyat speaker and would help ease the transformation process of Parliament.

Pandikar Amin in announcing the proposal today said the transformation move was made to change the perception of Parliament that it did not give room for members to ask questions on current issues.

Azalina: Move to amend OSA to keep up with the times

MP fumes over 'no info' on SRC's RM42m, questions if gov't lying