The SRC phase - the unsolved piece in the 1MDB jigsaw

FEATURE The US Department of Justice's (DOJ) announcement last month that it was seizing some US$1 billion in assets acquired through funds allegedly stolen from 1MDB marked a milestone in uncovering the global scandal as for the first time, a complete and detailed money trail of the heist was put on public record.

In its 136-page filing, the DOJ outlined how US$3.657 billion (RM14.7 billion) was stolen from 1MDB in three phases, which it described as the Good Star phase, the Aabar-BVI phase and the Tanore phase.

However, Swiss investigators as early as January this year had alluded to four phases and put the total misappropriated sum at about US$4 billion (RM16 billion).

In a statement asking for Malaysia's mutual assistance on Jan 29, the Swiss Office of Attorney-General (OAG) described three of the four components as ‘PetroSaudi’, ‘Genting/Tanjong’ and ‘ADMIC’.

These were essentially the same as the phases referred to by the DOJ.

The OAG named the money trail based on companies engaged in business deals with 1MDB but was used as a front for money-laundering whereas the DOJ used the names of the offshore entities in which the money was later diverted to.

The fourth phase, which was absent in the DOJ filing, was referred to by the OAG as ‘SRC’. 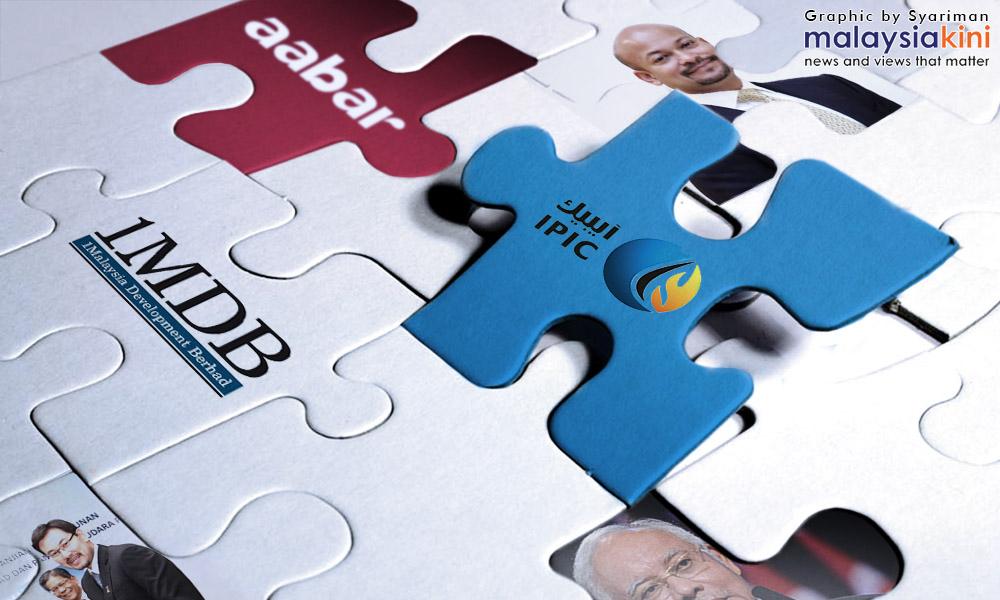 This was in reference to SRC International Sdn Bhd, a subsidiary of 1MDB that was later placed under the Finance Ministry in 2012.

The Swiss OAG in an email to Malaysiakini reaffirmed that SRC's funds are part of its ongoing investigations.

“SRC investments are also investigated in the frame of the criminal proceedings opened in August 2015,” it said.

The SRC phase, like the three other phases detailed in the DOJ filing, started off with a massive fundraising exercise.

In the Good Star (PetroSaudi) phase, it started off with 1MDB (then Terengganu Investment Authority) issuing US$1.426 billion in Islamic medium term notes in 2009, and around US$1.03 billion was later siphoned.

In the Aabar-BVI (Genting/Tanjong) phase, it began with two bonds totalling US$3.5 billion raised by Goldman Sachs for 1MDB for the acquisition of power assets in 2012 after which around US$1.367 billion was siphoned.

In the Tanore (ADMIC) phase, it started with a US$3 billion bond raised for a joint-venture between 1MDB and Abu Dhabi Malaysia Investment Company (ADMIC) in 2013 but US$1.26 billion was later diverted.

MPs have repeatedly raised questions in Parliament about the status of the RM4 billion but the government has been coy about the matter.

The latest answer the Finance Ministry provided was in a parliamentary written reply on April 6 in which it declined to reveal any details, citing that the accounts are still under audit.

The Finance Ministry had previously said US$60 million (RM240 million) was invested in Mongolia.

However, this leaves the bulk of the RM4 billion unaccounted for.

Apparently some of SRC International’s funds likely passed through the Swiss financial system, without which it would not have become a subject of Swiss investigation.

Whistleblower site Sarawak Report had in March reported that at least US$170 million (RM680 million) was deposited into an overseas account with Swiss private bank Julius Baer.

Some of this money also passed through the Singapore financial system, as detailed in the seventh charge brought against former BSI banker Yeo Jiawei.

These piecemeal information coming from various jurisdictions show something was amiss with the SRC funds but with the DOJ filing not addressing the ‘SRC phase’, an overall picture is still lacking.

It is believed the auditor-general's report on 1MDB also covers some details on where the rest of the money went to, but Malaysiakini cannot report on the document as it is classified under the Official Secrets Act 1972.

With the apparent lack of commitment to get to the bottom of the 1MDB scandal by local authorities, Malaysians may likely have to rely on international investigators to piece together the SRC phase as the DOJ did with the other three phases.

The SRC phase is unique as some parts of the transactions took place wholly in Malaysia, unlike the other phases where the sum were routed overseas.

These local transactions happened after SRC International was no longer a subsidiary of 1MDB when it was placed under the Finance Ministry in 2012. 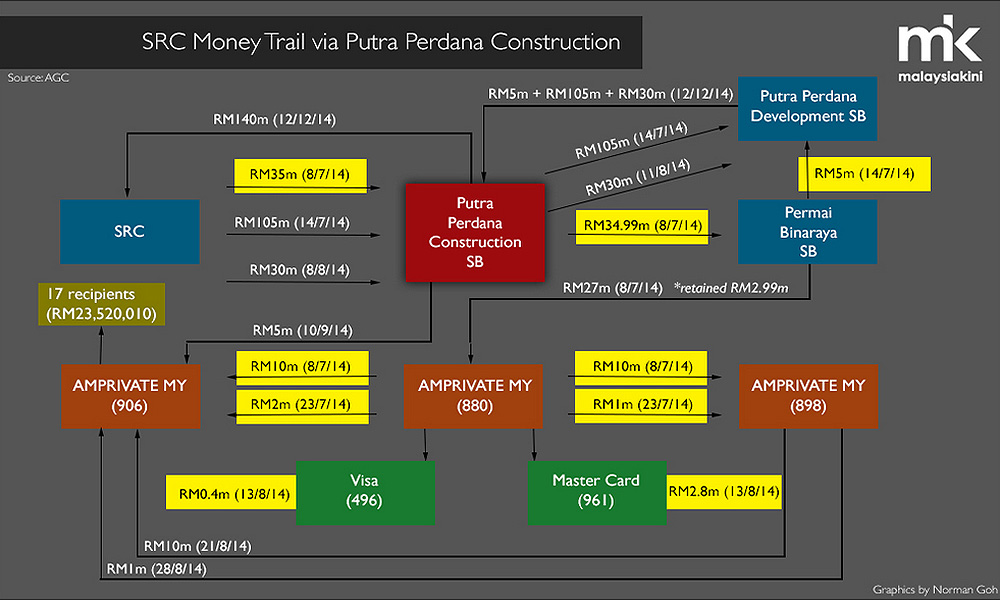 Based on the money trail flow chart, two transactions of RM5 million and RM27 million flowed into Najib's accounts on June 10 and July 6, 2014 after being routed through Putra Perdana Construction Sdn Bhd and Permai Binaraya Sdn Bhd respectively.

This is the same flow chart held up by attorney-general Mohamed Apandi Ali before the press in January when he cleared Najib of wrongdoing.

Part of these deposits were used for credit card payments.

The Malaysian Anti-Corruption Commission (MACC) had focused much of its investigation on this and Malaysiakini reported earlier this year that it recommended three charges against the prime minister under Section 403 of the Penal Code.

However, Apandi explained that Najib did not know that the SRC International money had flowed into his accounts as he thought it was part of the US$681 million - which Najib said is a donation from a member of the Saudi royal family, but the DOJ claimed it came from the three phases of money-laundering.

It is not known if there were further local transactions from SRC International.

Nonetheless, the bulk of the RM4 billion was believed to have been routed overseas and Malaysians can only hope for international investigators to shed light on where it went to.