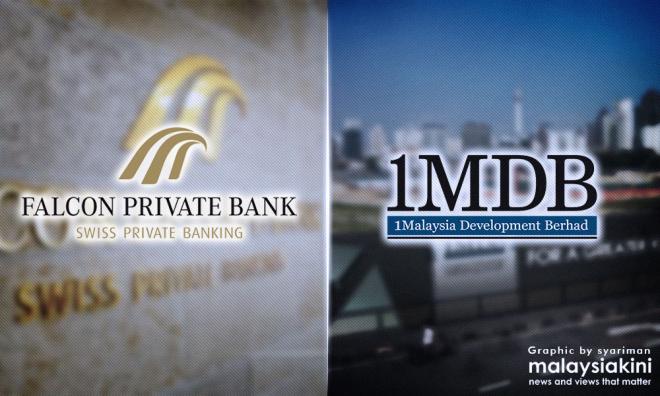 An estimated US$3.8 billion (RM15.2 billion) of 1MDB-linked funds passed through Falcon Private Bank, which has been sanctioned by Swiss and Singapore authorities for money laundering.

This is according to the Swiss Financial Market Supervisory Authority (Finma), which investigated Falcon's activities with 1MDB from 2012 to 2015.

"These funds were generally moved on quickly.

"The business relationships and transactions booked in Switzerland and at Falcon’s Singapore and Hong Kong branches were unusual and involved a high level of risk for the bank, both through their nature and the amounts transacted," Finma said in a statement today.

It said the funds included transactions of US$681 million and a repayment of US$620 million six months later.

The monetary authority did not provide specifics but the amount matched the US$681 million received by Prime Minister Najib Abdul Razak, colloquially referred to as RM2.6 billion, based on the exchange rate when the matter was exposed in July last year.