The Kuala Lumpur 29th SEA Games 2017's bloopers have not abated after the infamous gaffe with the upside-down Indonesian flag that had caused diplomatic embarrassment for the host country.

This time, a Malaysian swimmer has been shown in a television broadcast tagged with a Singapore flag.

Singapore licensed blog Mothership.sg highlighted the bungle, pointing out that the country of the swimmer Keith Lim Kit Sern was also tagged 'KUL', instead of 'MAS' for Malaysia.

The unflattering article titled 'M’sia has finally done it, they’ve gotten their own flag wrong for SEA Games broadcast' picked up the blooper from a Youtube video of the 50m freestyle finals swimming event.

The SEA Games flag woes did not stop there, according to Mothership, which also highlighted a medal tally table for what appears to be Day 5 that reportedly got eight out of 11 country flags wrong.

"That’s eight out of 11 they got wrong, which is worse than your chances if you randomly tikam-ed (guessed) answers in an MCQ exam you didn’t study for," quipped the blog. 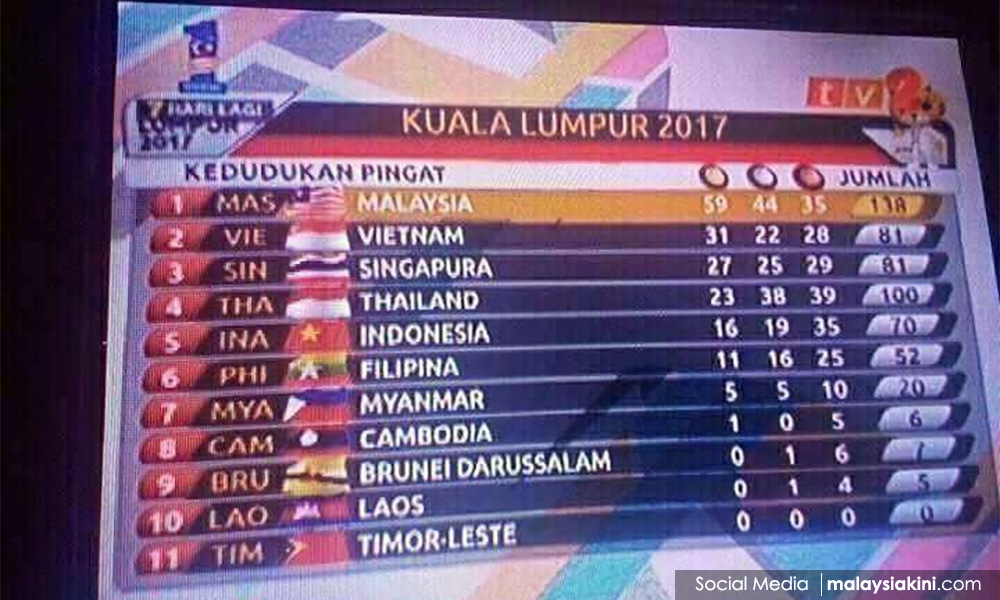 Flag blunders continued to plague the games today, according to a Malaysiakini source who sent in a screen capture purportedly of a TV3 SEA Games schedule for football with what appeared to be a wrong flag attributed to Indonesia.

In reality the first match was wrongly named, and should have been Thailand-Myanmar. 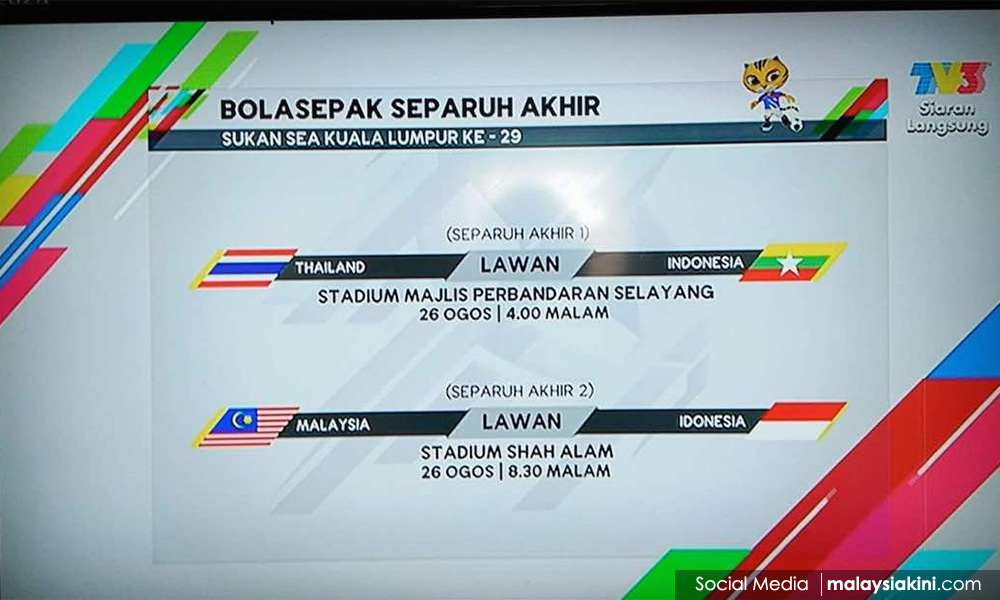 The flagging off of the SEA Games was first marred with the programme booklet printing the Indonesian flag the wrong way around, which made it appear as Poland's flag.

After some flak, Wisma Putra issued a formal apology to Indonesia for the "unfortunate situation".

However, angry Indonesian fans continued to stage a protest in Jakarta, while Indonesian hackers reportedly defaced Malaysian websites over the blunder.