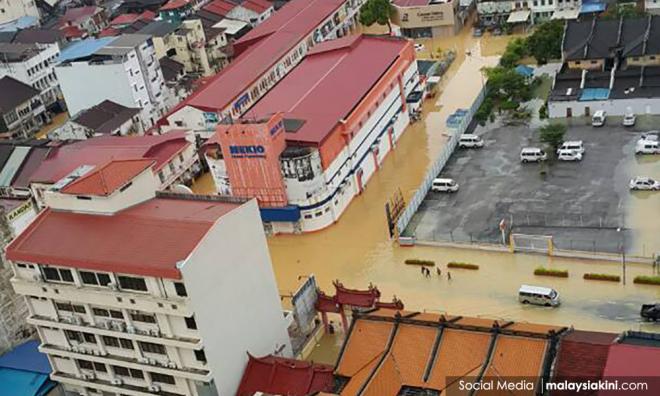 The Penang DAP has decided to launch the Penang Storm and Flood Relief Fund to receive donations for flood victims.

"The Penang DAP has received a lot of sympathy and enquiries to help victims of the Penang Storm and Flood on Nov 4 and Nov 5. These well-wishers also expressed their desire to contribute to a relief fund for the victims," she said in a statement here today.

She said well-wishers who want to donate can do so by making cash or cheque payments to DAP Penang at No 3, Jalan Rangoon, here or bank in to DAP Penang Maybank’s account (5070-1301-4596).

She also appealed for volunteers to help clean up affected homes.

"All donations received will be handed over to the Penang state government at the end of the donation drive," she said.

Strong winds and heavy rain lashed Penang since 2pm yesterday, causing unprecedented flash floods in several areas that resulted in at least five deaths and the evacuation of over 2,000 people.

Almost the whole of Penang was hit by floods, with the floodwaters rising to between 0.2 metres and one metre in several areas, following strong winds and heavy rain that uprooted several trees as well.