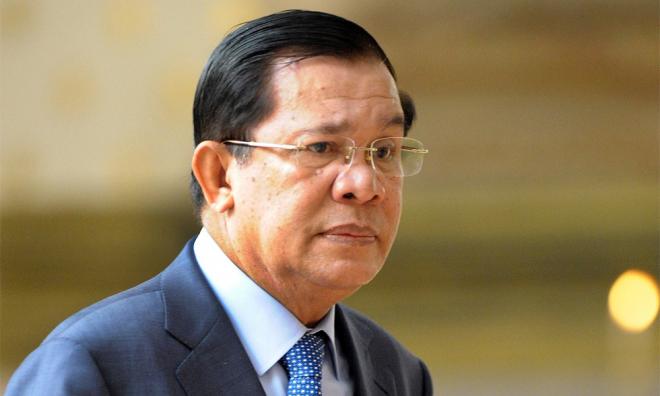 Cambodia's government adopted a lese majeste law on Friday that would make it a crime to insult the king and which rights groups said they feared could be used to target opponents.

Prime Minister Hun Sen's cabinet said an article had been added into the constitution to make an insult to the monarchy a crime punishable by between one and five years in a prison and a fine of between US$500 and US$2,500.

In a statement after a cabinet meeting, it said the measure was "to uphold and defend His Majesty the King and His Honor".

No date has been set for the National Assembly to adopt the final law, but the dominance of Hun Sen's supporters in parliament means its passage is almost guaranteed.

Although King Norodom Sihamoni is Cambodia's head of state, authoritarian leader Hun Sen has dominated the Southeast Asian country for more than 33 years.

Rights groups said they feared the new law could also be used to target critics of the government, which last year had the main opposition party shut down and its leader, Kem Sokha, arrested on treason charges he says were politically driven.

"The cabinet's approval of a lese-majeste law appears to be a further attempt by the government to weaponise the country's legislation against its perceived opponents," said Kingsley Abbott, ICJ's Senior International Legal Adviser.

"The Government's ongoing misuse of the law is particularly concerning given the lack of independent and impartial judges to provide appropriate checks and balances on its power," he added.

Neigbouring Thailand has the world's toughest lese majeste law, with sentences of up to 15 years for each offence of royal insult.

Prosecutions under the Thai law have risen since a 2014 coup and critics of the junta say it has been used as a means to silence any dissent. - Reuters