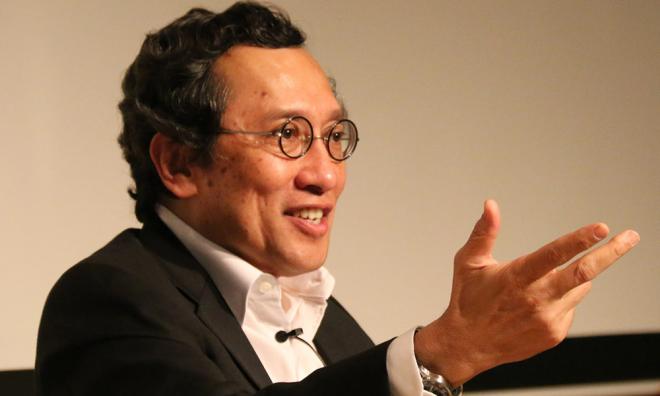 Retired Singapore diplomat Bilahari Kausikan has accused Malaysia of trying to "domesticate" Singapore in a bid to divert attention away from the shortcomings of its own allegedly race-based administration.

Bilahari was referring to the current back and forth between the two countries, as a result of an escalating maritime boundary dispute surrounding the purported extension of the limits of Johor Bahru Port on Oct 25.

"Very typical – what they expect is (the) subordination of our interests to their interests.

"They have not given up, and never will, (on) trying to tame or domesticate (menjinakkan) Singapore, because unless they do so, the intrinsic shortcomings of a system based on the dominance of a particular race will be highlighted, particularly since we do better with a different system," he stated in a Facebook post last night.

Bilahari was responding to a report by Singaporean news outlet Today Online, which in turn, was based on an opinion piece written by Bersatu policy and strategy bureau chief Rais Hussin on the dispute.

Rais had urged both parties to refrain from further escalations of tension, as neither country had anything to gain from turning a "spat into a spar."

"There is nothing to gain by issuing threats to interdict Malaysian ships in Malaysian or Singaporean waters. What they (Singapore) will get is only pain by a thousand cuts.

"But then if Singapore feels that its 2019 election is the perfect time to flex its muscles, they should also know that such naked display of nationalism is bound to make Malaysians willing to do the same.

"And an eye for an eye makes the world go blind," he wrote.

In Bilahari's post, which has been shared 230 times at the time of writing, Bilahari said Rais' "demands" amounted to the island republic accepting a subordinate position.

He posted: "But if we accept a subordinate position, can we prosper? Is existence by the leave and favour of some other country acceptable? That is what this character’s demands amount to.

Bilahari had on Saturday also criticised a de-escalation plan proposed by Malaysia's Wisma Putra that both countries refrain from sending assets into the disputed waters pending discussions on maritime boundary issues.

The proposal was later shot down by Singapore.

“You create a problem; when we respond to defend our interests, you say that the solution to the problem you created in the first place is for us to cease defending our interests and to accept equal responsibility for the problem.

In the ongoing dispute, Singapore has accused Malaysia of encroaching into its territorial waters.

However, Malaysia has denied this and stressed that Singapore's reclamation activities do not mean that its territorial borders have been extended.