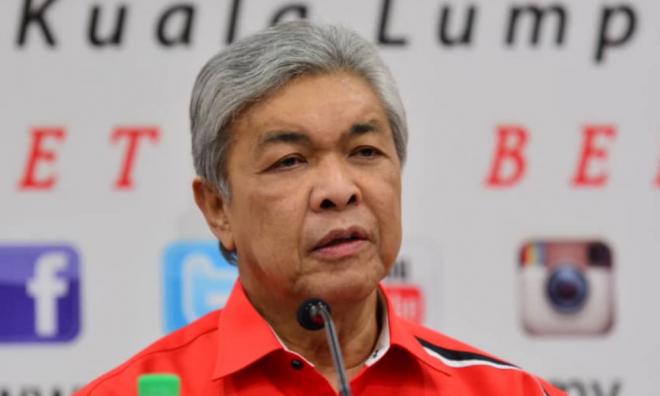 A defiant Ahmad Zahid Hamidi said the only way to remove him as Umno president is through the party's general assembly.

This was Zahid's response in the face of resignation calls as Umno sees an exodus of MPs who accuse him of failing to provide direction.

"Last time they demanded that I go on leave, now they are demanding that I resign.

"Okay... the only way is to sack me through the Umno general assembly. It must be attended by two-thirds of the delegates who attended the previous general assembly," he was quoted as saying by Sinar Harian.

Zahid added that it would be up to the Umno headquarters to organise such an assembly.

"But it will require two-thirds of delegates. Do you know how many that is? 146,000 delegates," he said.

However, the estimated number of delegates who attended that Umno general assembly in late September was just 5,739.

Another 10 MPs, including former minister Hamzah Zainuddin, had quit Umno since Thursday. Umno was the largest party with 54 MPs despite losing power in the 14th general election.

It is now left with 38 MPs and is relegated to becoming the third largest party behind PKR and DAP.

Hamzah had warned that more MPs will quit Umno if Zahid did not step down. However, Zahid brushed off the claim.

"He is out of Umno, isn't he? When he is no longer in Umno, he cannot speak on behalf of Umno," said Zahid.