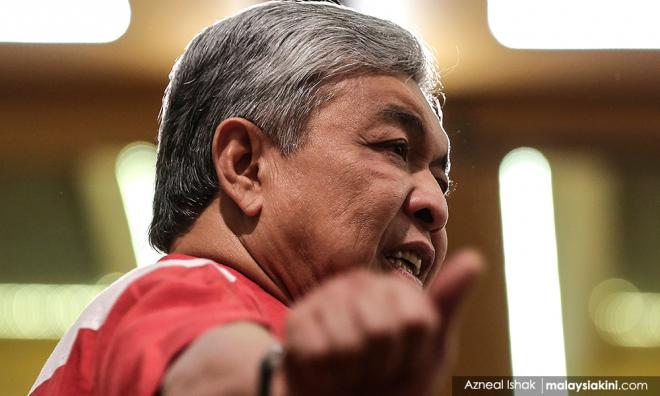 Ahmad Zahid Hamidi has refused to step down as Umno president, saying he can only be ousted at a general assembly.

His rival in the June Umno elections, Khairy Jamaluddin, pressed him to step aside, as did several party veterans.

Malaysiakini explored the processes involved should Umno choose to sack its president.

Veteran activist Ambiga Sreenevasan said, however, that a two-thirds majority to push for reforms should be achieved through bipartisanship, not defections.

Malaysia was defeated by Vietnam in the second leg of the AFF Suzuki Cup final.

At the Amanah convention in Ipoh, a party delegate called for a limit to Malay special privileges.

The Seafield Sri Maha Mariamman Temple in Subang Jaya was urged to return the RM1.5 million compensation and a one-acre relocation site as it is set to retain the land on which it currently sits.

A former Malacca chief minister is rumoured to be resigning from Umno today.