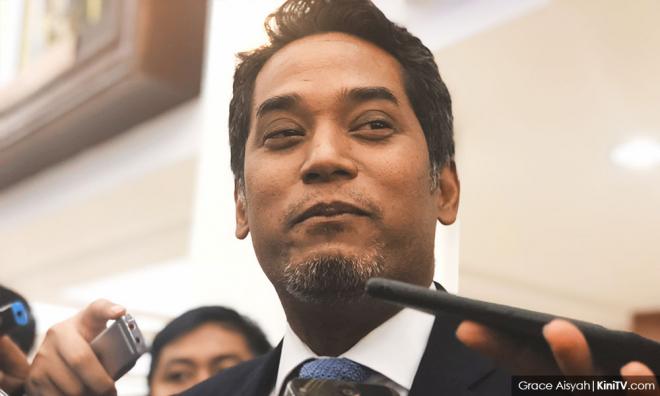 KJ: A waste if Nurul doesn't return to frontline politics

He also described her as a worthy opponent.

“I am sure once the country is finally ready for a generational change in politics, Nurul Izzah will be back. It would be a terrible waste if she doesn't return to frontline politics,” he tweeted this evening.

Responding to this, Nurul Izzah thanked the former Umno Youth chief, whom she described as an inspiration from across the bench since 2008.

“Can't imagine Malaysia without your towering political footprint. Rooting for you, albeit as a mere MP now – but rooting nonetheless,” she added.

Earlier today, Nurul Izzah, the MP for Permatang Pauh, announced that she would also resign as Penang PKR chief.

Apart from this, she said she would no longer serve the federal government in any capacity.

Her resignation came in the wake of PKR member Latheefa Koya claiming there was cronyism in the appointment of the party's state chiefs.

This afternoon, Pasir Gudang MP Hassan Karim turned down his appointment as the Johor PKR chief, claiming that the selection process for state heads was not transparent.