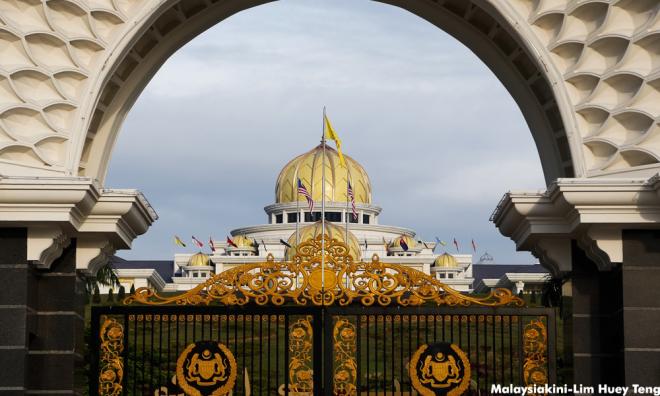 The Conference of Rulers will convene on Jan 24 to elect the next Yang di-pertuan Agong, with the swearing-in ceremony to take place on Jan 31.

This was decided during a special meeting of the rulers at Istana Negara in Kuala Lumpur this morning.

Kelantan ruler Sultan Muhammad V, whose resignation as the 15th Yang di-pertuan Agong was announced yesterday, did not attend.

According to a media statement, keeper of the royal seal Syed Danial Syed Ahmad said Sultan Ahmad Shah is unwell, whereas Sultan Sharafuddin is overseas.

Syed Danial said the rulers also expressed their appreciation to Sultan Muhammad V for executing his duties as the Yang di-Pertuan Agong with integrity and responsibility.

Until the new king is installed, Perak ruler Sultan Nazrin, who is the Deputy Yang di-Pertuan Agong, will serve as acting king.