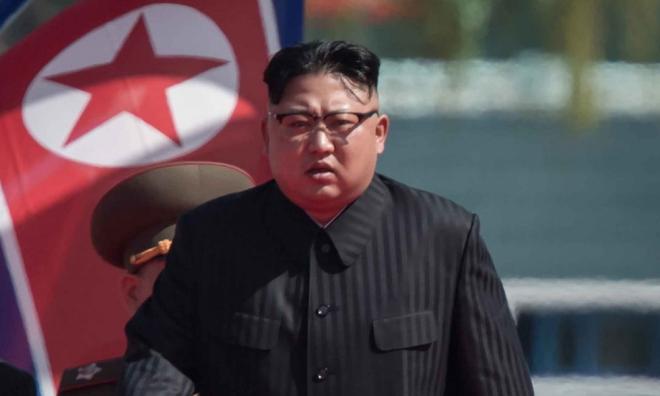 North Korean leader Kim Jong Un and Chinese President Xi Jinping discussed an expected US-North Korea summit in talks in Beijing on Tuesday, the Yonhap news agency said, days after Kim warned he may take an alternative path if the United States does not ease sanctions.

Kim’s visit to China, confirmed by North Korean and Chinese state media, comes amid plans for a second summit with US President Donald Trump aimed at denuclearising the Korean peninsula.

South Korea’s Yonhap, without identifying its sources, said the two leaders held talks for an hour in which they discussed the second US-North Korea summit and strengthening bilateral ties.

The meeting was followed by a dinner hosted by Xi and his wife, Yonhap said.

Kim held three summits last year with Xi, his most important ally, before and after summits with Trump and South Korean President Moon Jae-in.

Kim and Trump pledged to work towards denuclearisation at their landmark June summit in Singapore, but the agreement was short on specifics. Negotiations have made little headway since.

“Kim is eager to remind the Trump administration that he does have diplomatic and economic options besides what Washington and Seoul can offer,” Harry J Kazianis, Director of Defence Studies at the US-based Centre for the National Interest, said in an e-mailed statement.

“In fact, during his New Year’s Day speech, Kim’s ‘new way’ that he referred to may well have been a veiled threat to move closer to Beijing. That should make America quite concerned.”

The visit coincides with what South Korean officials say is Kim’s 35th birthday on Tuesday.

Kim’s visit to North Korea’s most important economic and diplomatic ally follows reports of advanced negotiations for a second summit between Washington and Pyongyang aimed at resolving the standoff over North Korea’s nuclear and missile programs.

Kim said in his New Year speech he was ready to meet Trump any time to achieve their common goal of denuclearisation of the Korean peninsula. But he warned that he may seek an alternative path if US sanctions and pressure against the country continued.

In an interview with CNBC on Monday, US Secretary of State Mike Pompeo praised China’s support for resolving the North Korean crisis and said he did not think the US trade dispute with China would affect this.

Kim’s visit comes as a US delegation opened a second day of talks with Chinese counterparts in Beijing aimed at ending the trade war between the world’s two largest economies.

The Chinese have been very clear to us that these are separate issues,” Pompeo said.

“Their behaviour has demonstrated that as well and we appreciate that. China has actually been a good partner in our efforts to reduce the risk to the world from North Korea’s nuclear capability; I expect they will continue to do so.”

Chinese foreign ministry spokesperson Lu Kang, asked during a daily briefing whether there was a connection between Kim’s visit and the possibility of another meeting between Kim and Trump, said China believed contact between the United States and North Korea was important.

“China has always supported both sides to continue to hold talks and to reach a positive outcome,” Lu said.

Shi Yinhong, an international relations professor at Renmin University in Beijing, said Kim’s trip would have no direct influence on the progress of trade talks.

While no details were released about an agenda in China, Kim has been seeking relief from sanctions, a peace declaration to formally end the 1950-1953 Korean War and more investment.

Ties between China and North Korea, which had frayed as Pyongyang stepped up its missile and nuclear tests up to late 2017, warmed over the past year as Kim engaged with China, South Korea and the United States.