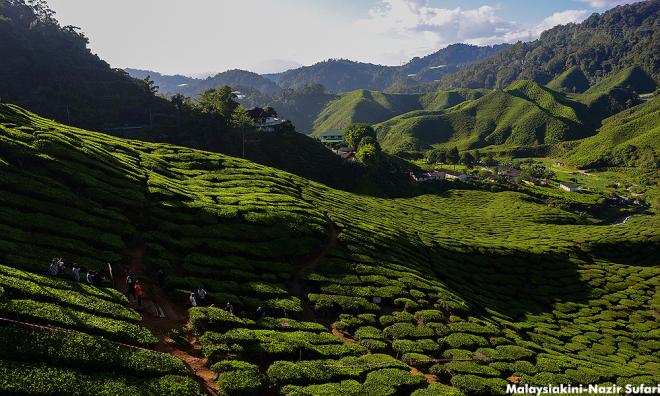 A multi-cornered fight for Cameron?

According to the New Straits Times, Pahang EC director Zamree Hamil said the forms were purchased by representatives from various political parties and he expects more to be snapped up.

"There is talk that some independent candidates are interested to contest so we expect more nomination forms to be sold.

“Anyone interested in contesting can still get the forms from us," Zamree was quoted as saying.

BN is slated to announce its candidate tomorrow, after meetings among component party leaders.

Though traditionally an MIC seat, sources say BN could field an Umno or Orang Asli candidate in Cameron Highlands this time around

PAS and PSM, which also contested the seat in the 14th general election (GE14), are expected to sit it out this time around.

The by-election was triggered when the Election Court declared the seat vacant after determining that vote-buying had led to incumbent MP C Sivarraajh’s win in GE14.

The MIC vice-president won the seat in a five-cornered fight with 10,307 votes, a slim 597-vote majority over Manogaran.

Unlike the four by-elections that have taken place since GE14, this one will be the first in a BN-controlled state.

PAS' green belt and Orang Asli - kingmakers of the highlands?

EC warns candidates: No banquets, gifts or gov't machinery use

DAP ready to take on any challenger in Cameron, including Umno