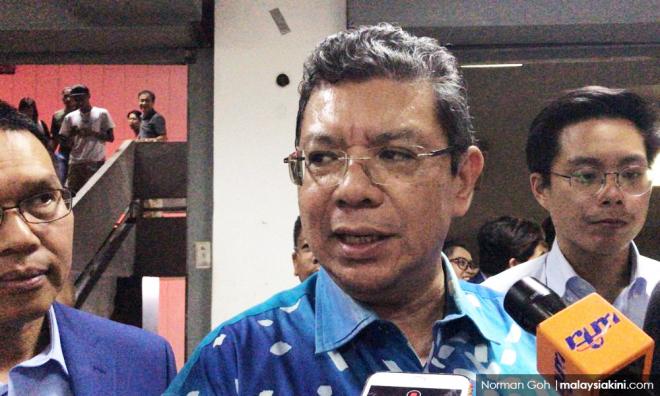 "No, the prime minister will not discuss that with the sultan," he said after watching a basketball game between Westports Malaysia Dragons and Alab Pilipinas in Kuala Lumpur.

As the foreign minister pointed out, there have been a series of "productive" meetings between both countries on recent bilateral issues, particularly those concerning maritime and airspace boundaries.

After a meeting between Saifuddin and his Singapore counterpart Vivian Balakrishnan yesterday, both agreed to immediately and simultaneously suspend the former's permanent restricted area over Pasir Gudang, and the latter's implementation of the Instrument Landing System (ILS) procedure for Seletar Airport.

According to a joint statement issued by both ministers, both suspensions are for a period of one month in the first instance.

When asked what would happen after the one-month period, Saifuddin said that it would depend on negotiations between both countries.

"There are two teams involved. One is between the transport ministers of the two countries, Anthony Loke and Khaw Boon Wan.

On maritime issues surrounding the Johor Bahru and Singapore port limits, Saifuddin said the two ministers had agreed to establish a working group which will report to the foreign ministers within two months.

On the progress of the Southern Thailand peace talks facilitated by former inspector-general of police Abdul Rahim Noor (photo), Saifuddin said there have been several "fruitful" internal meetings.

"I was made to understand that there have been a series of meetings between Rahim and his counterparts. But the meetings are internal and usually not shared with the media.

"I do know that these meetings were fruitful," he said.

Malaysia is the facilitator for the ongoing peace talks between the Thai government and Mara Patani (Majlis Syura Patani), which acts for separatist groups in the south.

Rahim was appointed as the facilitator of the peace talks, taking over from  Research Department director-general Ahmad Zamzamin Hashim.

Since 2004, the armed conflict in the four provinces of southern Thailand has claimed more than 7,000 lives.