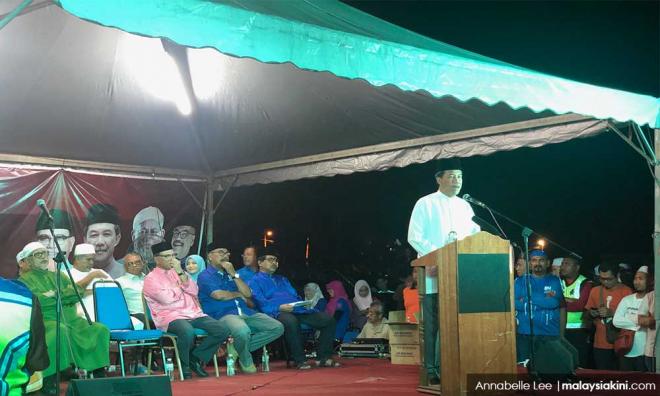 At a joint ceramah in Sungai Koyan, Cameron Highlands, Umno and PAS leaders painted Pakatan Harapan’s victory at the 14th general election as a tragedy for Malay Muslims.

Just across the road, however, Pakatan Harapan roped in former PAS man Nik Omar Nik Abdul Aziz to hit out against the opposition’s call to not vote for the Harapan candidate M Manogaran simply because he is not a Muslim.

The Election Commission warned against using racial issues in the Cameron Highlands by-election campaign, saying that it is an election offence.

The view that calling for the abolition of the Sedition Act 1948 is in itself seditious shows precisely why the draconian law must go, said Harapan lawmakers.

Also hitting out against the claim made by lawyer Abdul Aziz Abdul Rahman was Lawyers for Liberty adviser N Surendran, who deemed it the “height of absurdity”.

EC chairperson Azhar Azizan Harun said an independent observer has been tasked with furnishing details on the allegation that Harapan had abused a Pahang Forestry Department vehicle in its campaign for Cameron Highlands.

The MACC has obtained a three-day remand order against a Terengganu assemblyperson for allegedly filing RM500,000 in false claims last year.

Malaysia Airlines has apologised after several NGOs accused it of promoting a pork cuisine in its inflight magazine, but said a photo in question is of wagyu beef and squid.

Setev Shariibuu, the father of the Mongolian model Altantuya Shariibuu, will finally testify on the civil suit against her murderers after 12 years since the suit was first filed.

The Selangor chapters of Umno and PAS are set to hold a joint press conference on the upcoming Semenyih by-election.