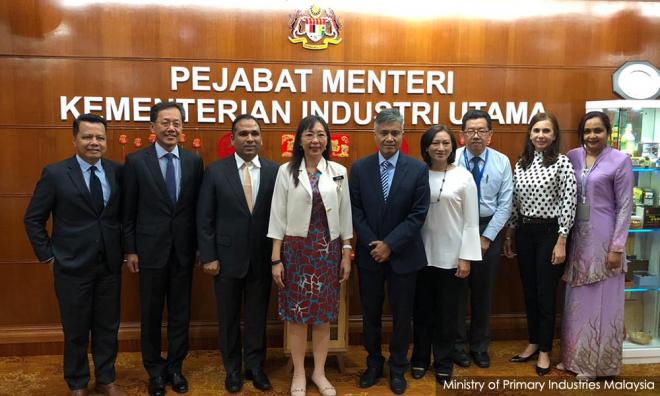 In a statement today, the ministry said the airline companies – Malaysia Airlines Bhd, Malindo Airways Sdn Bhd and AirAsia Bhd, had expressed interest during meetings with its minister Teresa Kok  to inform about her aspirations and plans to promote palm oil.

Kok said the airline companies and MAHB would spread the message to foreign visitors through various channels such as digital infomation screens, in-flight magazines and entertainment systems, art and product displays.

“Their efforts will also help us counter misperceptions on palm oil created by the aggressive anti-palm oil campaigns.

“I hope many more industry players will come forward and join us in this cause to protect our nation’s largest commodity that has been the source of livelihood and jobs for three million people in Malaysia,” she said.

The ‘Love MY Palm Oil’ campaign will be carried out throughout the year, aimed at instilling national pride and greater appreciation for Malaysian palm oil, focusing on socio-economic importance, health, nutrition, food and non-food applications.

Events and activities were catered to different stakeholders including industry members, professionals, students, academia and the general public, the ministry said.