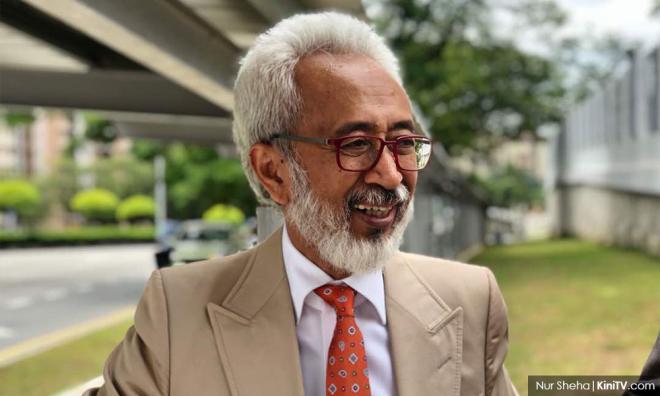 A deputy minister today took a jab at former premier Najib Abdul Razak for questioning Pakatan Harapan over the issue of affordable homes.

Senator Raja Kamarul Bahrin Shah Raja Ahmad, the deputy minister for housing and local government, said it was BN that had been in power for many years, while Harapan had only passed its seventh month in office.

He said it was puzzling to see that many Orang Asli were still complaining that they had yet to receive their first homes since BN's time in power.

"Today is the second day I am in Cameron Highlands for the by-election, and I have managed to visit several Orang Asli and traditional villages here.

"During these two days, my visits showed that the Orang Asli in Cameron Highlands are still neglected and left behind. Their poverty and access to basic necessities are extremely grievous.

"With regard to the housing issue, there are still many who complain that they did not get their first homes since BN’s time (as the government), because of favouritism.

"This is puzzling because Najib headed the PR1MA housing initiative under the Prime Minister's Department, and the Syarikat Perumahan Negara (SPNB) through the Finance Ministry," he said in a statement today.

Raja Bahrin, who is also Terengganu Amanah chief, was commenting on Najib's call for the Harapan government to address the scarcity of affordable homes.

It is believed that he was referring to Najib's Facebook post on Sunday in which Najib said he had urged Harapan to consider providing People’s Housing Project (PPR) flats to taxi drivers.

"Najib questioned why the Harapan government had not provided more affordable housing schemes in the mere seven months that we have been the government, although this matter had been under his and BN’s jurisdiction for many years," added Raja Kamarul Bahrin.