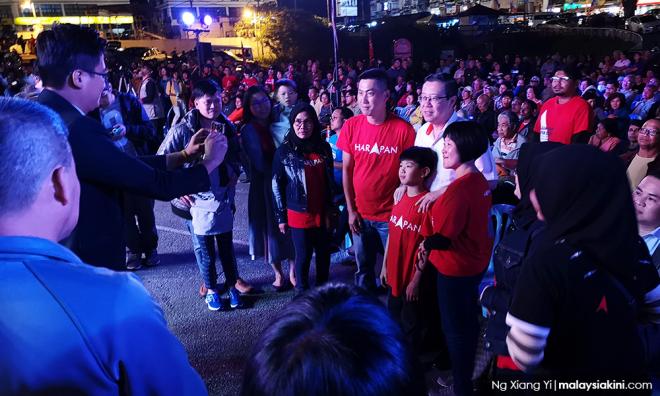 MOF should not be part of Harapan's election machinery

COMMENT | With the Cameron Highlands by-election now entering the countdown stage, the Pakatan Harapan government, especially the DAP leadership, is resorting to political trickery in an attempt to win by hook or by crook.

Finance Minister Lim Guan Eng made another preposterous politically-charged statement – claiming that Pahang owed the federal government RM3.2 billion – and used it to mislead the Cameron Highlands electorate into believing that the state government was unable to carry out sustainable development.

This is yet another of Lim's many trademark “incomplete, distorted, exaggerated and unfair” statements.

It is grossly unfair for the finance minister, whose duty is to diligently manage the national economy, to stoop so low by subjecting the ministry to play the role of a Harapan agency and launch attacks against political foes. This is clearly an abuse of power.

During the by-election, Harapan had abused the use of four-wheel drive vehicles owned by the Forestry Department. And the Attorney-General’s Chambers suddenly sues the Kelantan government on behalf of the Orang Asli community, under the pretext of defending the land rights.

What about the fishing villagers who protested in Penang, Malacca and Selangor against development that is affecting their livelihoods and disrupting their lives? Why single out the opposition-ruled state of Pahang during a by-election?

Now, the Finance Ministry joins in the fun to bullying Pahang, indicating that the whole Harapan federal government, in particular DAP-led ministries, are involved in the by-election.

In the 14th general election, people chose Harapan hoping that it will bring about good governance and just management of government resources. The rakyat was looking forward to a better, fairer and more level government.

Now, in just eight months, Harapan has repeatedly used and abused their powers in breach of promises made and betrayed the principles they preached.

The Harapan's government’s combative DNA extends to increasing hostility with friendly neighbours China and Singapore. This has greatly affected our diplomatic and international trade ties.

The strained relationship with Singapore has dampened the trade in Cameron Highlands vegetables and floral products. All these have negatively affected the livelihoods of farmers there.

Harapan should stop their politics of vengeance and greed for more power in Parliament which negates the 'check and balance' two-party system that they advocated for when in the opposition.

The thinking rakyat will not turn a blind eye to this continuing obsession in politicking and hostility to all who are in the Harapan way. This is the beginning of 'power corrupts' by Harapan. Allowing them to have a two-thirds majority in Parliament will allow them to corrupt absolutely.

The rakyat and the voters in Cameron Highlands must use this coming Jan 26 by-election to send a clear message to Harapan to manage their power with wisdom for the benefit of the rakyat and country.

The rakyat didn’t put them in power to watch them use their power to gain more power which will be detrimental to the 'check and balance' requirement.

Ironically, Harapan is now transgressing and doing what they objected to in the past including the distribution of 'petrol subsidies' to the Orang Asli, using government resources to campaign, the utterance of racist statements, threatening and bribing voters and so on.

This is a comic parody of what they advocated for in the past.

TI LIAN KER is the vice-president of MCA.